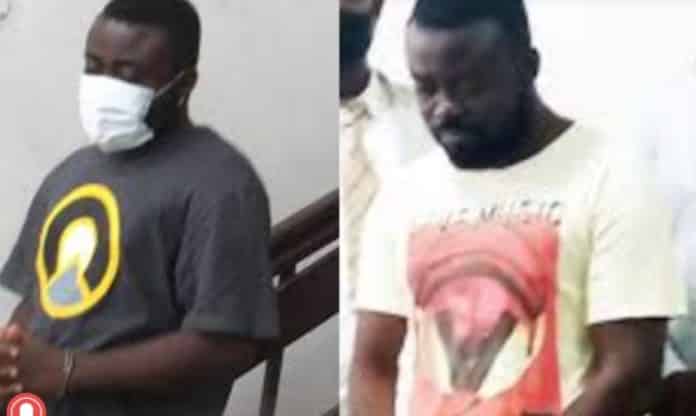 Anderson Ofoshene Anim, 35, was arrested in August 2020 following a joint operation by the Cyber Crime Unit of the Criminal Investigation Department and the Ministry of Communications. He was accused of using the website to publish nude pictures and videos of people and extorting monies from them.

He is said to have operated the website for the past six years from his home in Osino, in the Eastern Region. Victims were reportedly made to pay between GH¢500 and GH¢2000 through a mobile money account before their pictures are pulled down from the website.

He was subsequently charged with the offence of obscenity, child pornography, extortion and money laundering.

In court on Wednesday, July 7, 2021, the prosecutor Princess Tetteh Boafo said the mother docket is still with the Attorney-General’s Department awaiting its advice.

Counsel for the accused person, Yaw Danquah however told the court that the prosecution has for the past year failed to comply with orders of the court to file disclosures.

Danquah stressed that nothing has happened in the case and prayed the court to strike the case out. According to him, the police know where to find the accused person when they are ready to prosecute him.

Before discharging the accused person, the court stated that it has given the prosecution team enough time and opportunity to file its disclosures but after a year, nothing had happened.

To this end, the court struck the case out for want of prosecution adding that when they are ready they can go for the accused person.

The accused, Anderson Ofoshene Anim, was then granted bail in the sum of GHc300,000.