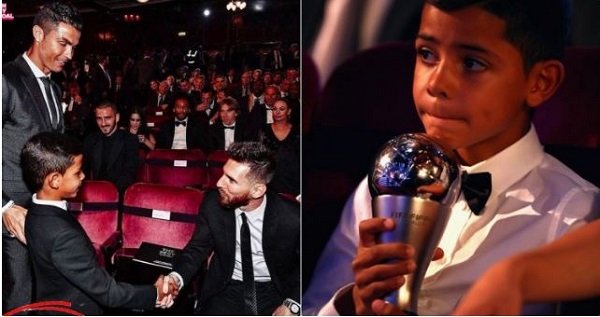 Real Madrid and Portugal superstar, Cristiano Ronaldo’s son Ronaldo Jr. has done something surprising to the world by posting an unbelievable message to his father’s main rival, Lionel Messi after this year’s FIFA Fifpro world event.

Cristiano Ronaldo Jr. who was named after his father seems so lucky to have met his role model and hero at the Fifa best awards in October when his dad was busy waiting to take home the main prize.

His father, Cristiano Ronaldo was named among the FIFA best XI of the season alongside Messi, as well as the likes of Neymar, Luka Modric, Toni Kroos, and Gianluigi Buffon.

The Madridista forward was seated near his Barcelona in rival at the ceremony and his son was spotted shaking hands to say hello to the 30-year-old Lionel Messi.

After the big event, Cristiano Ronaldo Jr. uploaded the image of the spotted handshake to his Instagram page and captioned it, “gracias mi idolo” which means ‘Thank you my idol.’

The seven-year-old Ronaldo seems to be in bold-ink on every headline at the moment as his father recently also uploaded a video of him scoring a free-kick and it surprised everybody that a rival’s son intends to take over from Lionel Messi.

In a very similar fashion to his dad, Ronaldo Jr. also stepped up and scored a goal from a set piece in a game.

Check The Incredible Photos Below……….

READ ALSO: Five Teams You Expect To See At World Cups…Who Have Failed To Qualify For Russia 2018 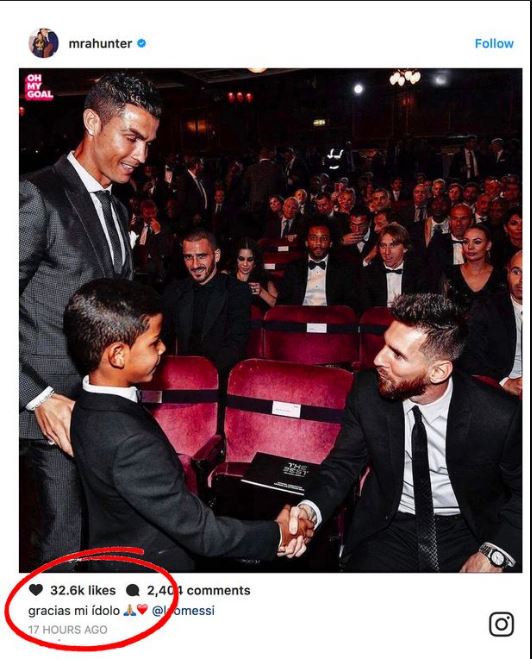 READ ALSO: This Is What Lionel Messi Said When He shouted At Sergio Ramos After The Defender Threw Ball Over His Head 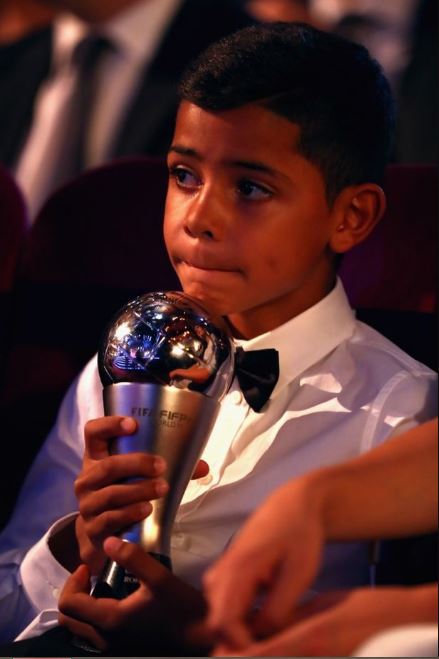