D-Black is not my type – Sefa debunks dating rumours 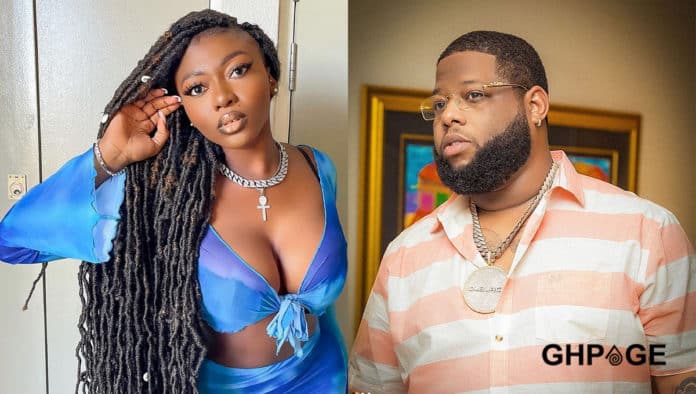 It’s often speculated that some female artiste’s in the country are compelled to sleep with their managers and sometimes industry players in a bid to elevate their careers in the music industry.

But, the ‘E Choke’ hitmaker has cleared the air on her relationship with D-BLack, saying she’s not dating the CEO of Black Avenue Music, the label she’s signed unto.

In an interview with Pulse Ghana, Sefa said her relationship with D-Black is strictly professional and that nothing sexual is involved.

She insisted that even though they are two grown adults who can make decisions on whom to date, D-Black is not her type of man and neither is she D-Black’s “spec”.

“We are grown and matured and I always say, we can have something to do with each other but I always say he is not my spec and I am not his spec and that is what people don’t understand.”

“I just think that it’s sad because the fact that someone believes in me and my talent and wants to invest in me does not mean that the person is pipping me or smoking dripping me,” Sefa stated.