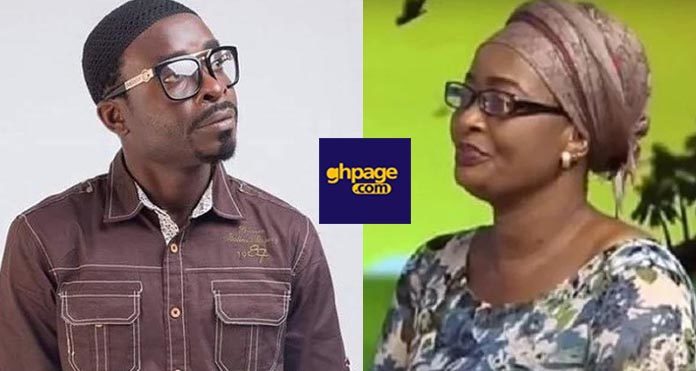 Earlier today, the second wife of late Ghanaian highlife musician, Madam Amina Ibrahim opened up on her poor state of life after her husband Daasebre Gyamena passed away two years ago.

According to Madam Amina Ibrahim, she barely has money to feed herself and her nine-year-old son.

READ ALSO: The Ghana Police officer who murdered his children and mother in law (The inside story)

The second wife, according to report gathered by Ghpage.com, the second is alleging that her late husband was a wild womanizer and irresponsible father who spent his money on other women, leaving his children and wives to their fate.

“My son became very sick and for more than 4 years, I was the only person taking care of him.” “He became paralyzed and I had to move him from one place to another. At the end of the day, there was not even a penny left for me to take him to the hospital because I had spent all my savings and even my business capital on him.”

“Things became very difficult that Daasebre stopped coming to us(Amina and her child), he never took care of his child,” Amina revealed.

READ MORE: Video: Maame Serwaa has just revealed the last thing her mom told her before her death and it’s so heartbreaking

She also revealed that Daasebre once introduced a lady to her as his maternal niece but she later found out that she was just one of his many girlfriends.