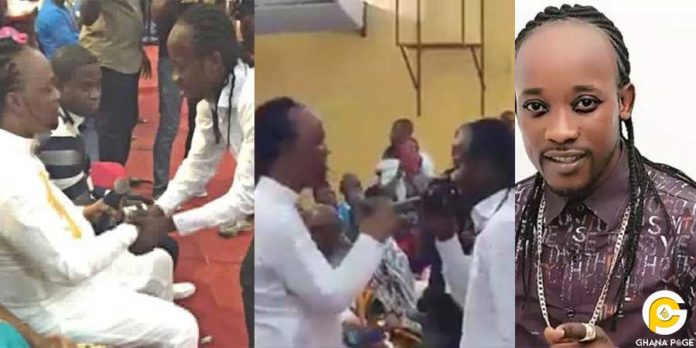 Ghanapage.com has spotted a touching video of a beautiful performance by veteran highlife musician, Daddy Lumba and the Late Anokye Supremo.

The two musicians were seen delivering a heartfelt performance of one of Daddy Lumba’s hit songs and the crowd were enthused.

A few months ago, Anokye Supremo with a tumour after he started experiencing a severe headache which he thought was a migraine.

Upon a visit to the hospital, he was told it was a tumour and after some time the pains affected his left eye which led to the blindness of the same eye.

Unfortunately, Anokye Supremo also known as Lumba Jnr passed away yesterday, 30th January 2019 in India after undergoing surgery to remove a tumour in his head which affected his left eye.

According to reports, the surgery was successful but he went into a coma after the surgery which led to his demise.