Daddy of the year -Chioma showers praises on Davido 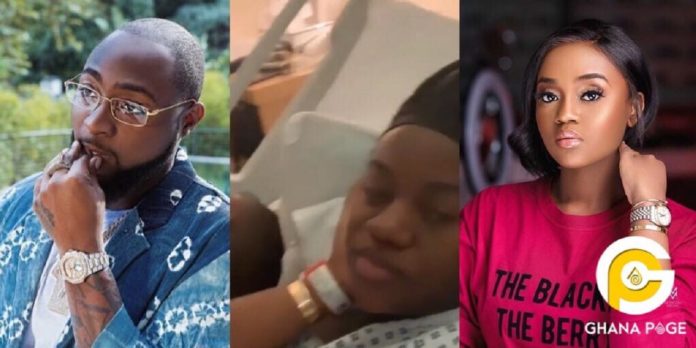 The baby boy who happens to be the third child of the musician was born on 20th October 2019.

The proud father who could not hide his excitement took to social media to share the good news.

However, in a new video shared on social media by Chioma, she described the musician as the ‘Daddy of the year’

In the video, the “Blow My Mind” hitmaker was seen lying on the same hospital bed with his fiancee Chioma

The musician recently proposed to his longtime girlfriend Chioma while she was heavily pregnant.

He also disclosed that they are making preparations to tie the knot in 2020, after the birth of their son.

Share
Facebook
Twitter
WhatsApp
Previous articleWhenever my friends are in trouble I defend them but when it’s my turn they flee – Prince Davido Osei
Next articleMeet the beautiful wife of Ghanaian actor, Majid Michel