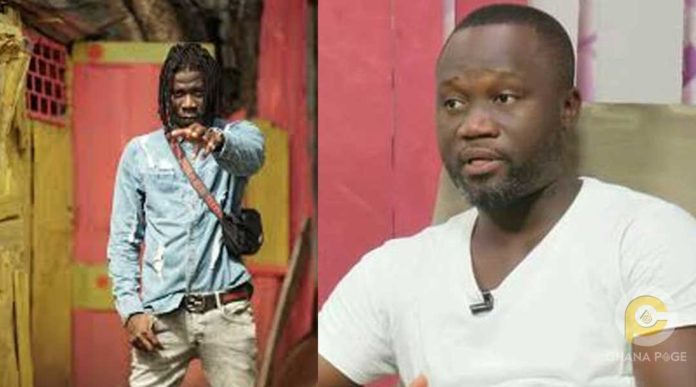 Entertainment pundit Ola Micheal has stated that there is no better Dancehall artiste at the moment apart from the President and leader of the Bhim Nation Stonebwoy.

There are quite a number of dancehall musicians in Ghana but the people always tend to find out who is better between Stonebwoy and his closest contender and label mate Shatta Wale.

Also Read: I am one of the best dancehall artists in Africa – Stonebwoy

Ola Micheal sharing his view on Day Break hitz with Andy Dosty revealed that the Bhim President has worked so hard to be consistent in the genre than anyone else has in the past few years.

According to him, Stonebwoy declaring himself as the best and not having any contender in the music industry has nothing to do with pride.

“I don’t see anything wrong with what he did, he was in a very excited mood,” he said.

He went further and explained that Stonebwoy’s successes have not been brought to the attention of the World enough and hence he(Stonebwoy) was only drawing people’s attention to him and his achievements.

“See all the collaborations and works he’s doing. People don’t really pay attention to the success he has been achieving across the world,” he added.