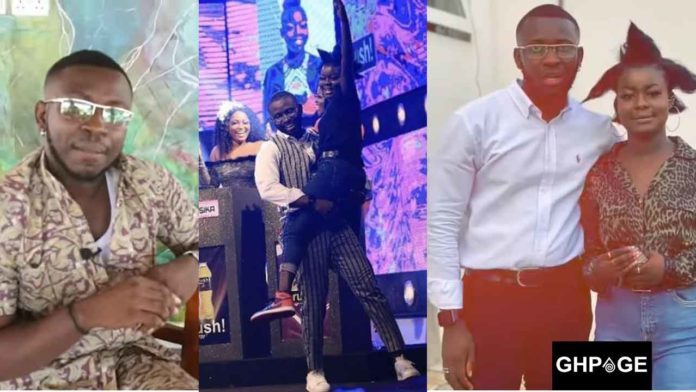 Fatima, one of the most popular faces on Date Rush, brought down the curtains on Season 5 of the reality show by walking home with a date after several appearances without luck.

Bismark, the lucky man, took many by surprise by his decision to choose Fatima in the final minutes after she was turned down in previous weeks by so many men who came on the show to look for love.

Following the amazing moment that played out on Sunday, June 6, 2021, little has been heard of the couple as they have kept their relationship low-key.

In an exclusive interview with Rashad on GhPage TV, Bismark opened up about his relationship with Fatima and the advancement they have made so far after becoming a pair.

According to Bismark, he auditioned for Date Rush out of frustration and also wanted to explore.

Contrary to most of the relationships from the reality show that have crumbled, Fatima and Bismark are getting along very well and hoping for the best.

“We are talking, we’re getting along very well and getting to know ourselves better. We are in a situation ship. We are both into it and I hope it ends well”, Bismark indicated.

Date Rush couple Bismark and Fatima are moving along well following their episode on the reality show.