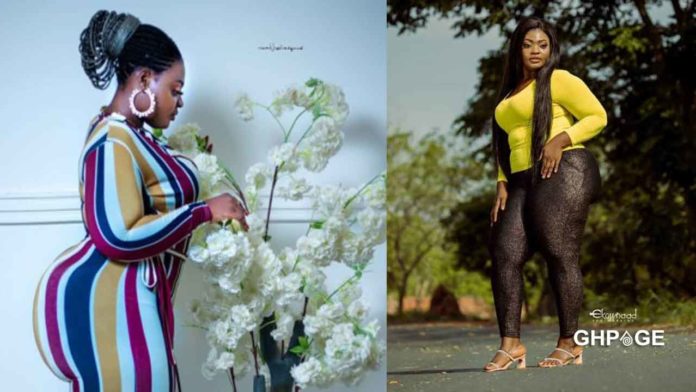 Date Rush participant Shemima has opened up on her baby daddy and how their relationship ended.

Shemima who late week got Ali as her date on the show has opened up about her past relationship and baby.

In an exclusive interview, she revealed for the first time to her date Ali that she has a child who is six(6) year’s old.

According to her, she would be twenty-seven years old in October but gave birth at 21.

Questioned on why she was no longer in a relationship with her baby daddy she revealed that the abuse from him was too much.

Shemima during the interview narrated that the baby daddy was very jealous of everything that she did with the opposite sex.

She went on to add that he was taking care of the child until she turned down his manage proposal.

During the interview she also revealed that she hid the abuse from her family members but they somehow managed to know about it.

Despite being an abuser, Shemima was quick to say he was very caring and lovely when they were still together.