I dated Ernest Opoku, fought with him and he gave me 300gh for rent – Queen Lissa 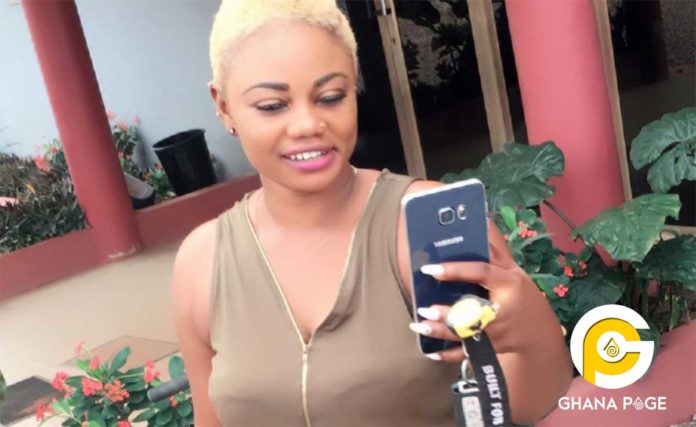 Seems like Gospel musician Ernest Opoku is the most sort after male celebrity in Kumasi as most females in the entertainment industry have all confessed on dating the gospel musician.

Well, the newest person to confess dating the singer is upcoming Kumawood actress Queen Lissa who in an interview with Page TV revealed she dated Ernest Opoku for almost one and a half years.

According to the actress, she started dating the popular Gospel singer in 2009 when she was new to the movie industry and has been sacked from home because the directors of a movie she featured in showed her breast in the movie.

Also Read: I don’t care about my father because he abandoned me – Queen Lissa

Queen Lissa made it known in the interview that her fellow actress Tracey Boakye advised her about her relationship with Ernest Opoku but she failed to listen and broke up with him after he failed to help her with money to pay her rent.

The actress went on to explain that she picked up a fight with the Gospel singer just in order to get money but he was reluctant but finally had to give her GHC 300 out of GHC700.

Ernest Opoku name has been mentioned by some Kumawood actresses and even accused of impregnating Nayas who stormed the studios of Adom FM to cane the hell out of the Gospel singer for failing to take responsibility of the pregnancy.