Me dating Wendy Shay is not anyone’s problem – Bullet 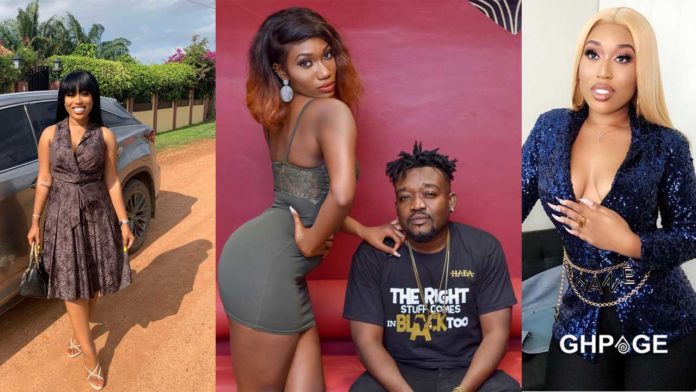 RuffTown records CEO Bullet real name Ricky Nana Agyemang has clapped back at his former signee Fantana after she in a post revealed to drop all the secrets behind Bullet and Wendy Shay.

In the wake of Fantana’s fight with the RuffTown label, she pointed out that there were a lot of things going on wrong in the label she once considered to be her family especially between Bullet and Wendy Shay.

After her comments, many people read meanings into it including the all-time speculation that Bullet was having an affair with Wendy Shay.

But Bullet who in another interview has stated that Fantana is still under his label and that she has nothing to expose about him and Wendy Shay.

According to Bullet, the comment from Fantana was uncalled for and moreover, if he is ‘chopping’ Wendy Shay as some people think, then he doesn’t see why a problem would have a problem with that.

Though Fantana has changed all the details on her social media handles to a new record label, Bullet still insists that Fantana is still under a five years contract with his RuffTown record label.