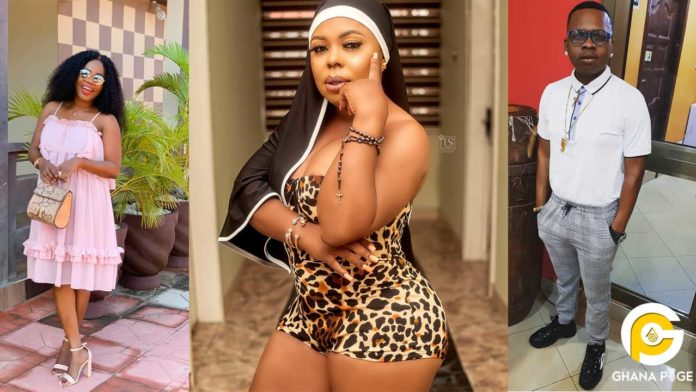 Controversial radio personality and self-acclaimed queen of comedy in Ghana Afia Schwarzenegger has been told by a prophet that her daughter is the one preventing her enemies from having access to her.

According to the man of God identified as Pastor Prince Elisha Osei Kofi who is the founder and leader of Power Embassy International revealed that a lot of her enemies have set various traps for her but she always survives because of her daughter.

Explaining the prophecy, the Pastor revealed that a man and a woman who are no more in talking terms with her have hatched a plan to kill her but because she is always with her daughter, these people find it difficult to carry out their plan.

He revealed further that she would have been poisoned if she attempted to be at the meeting that was supposed to settle the differences between her and those people.

Afia Schwar confirmed such a meeting was called but he didn’t honor the invitation by the mediator because she had a bad dream about the meeting.

He disclosed that Schwarzenegger’s daughter, Adiepena is an angel and not a mere human being.

Pastor Prince prophesized a breakthrough will come the way of Afia Schwarzenegger and it will shut the mouth of people and God will change people’s perception about her.

Though the Pastor failed to mention any name many people are attributing it to former friends of Afia Schwar Mzbel and Nana Tornado.