Davido and Chioma welcome their first baby together 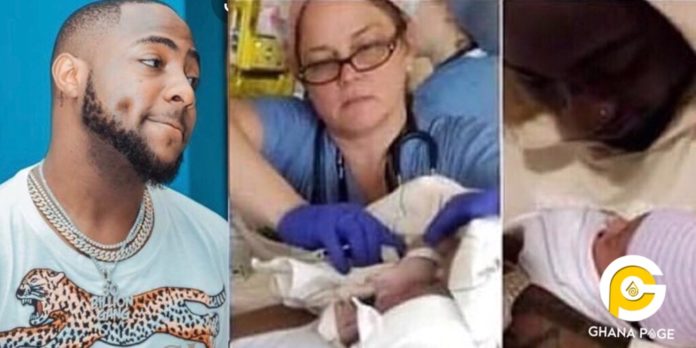 One of the most talked about duo in showbiz are Davido and his pretty fiancée Chioma. The engaged couple have been expecting a child as chioma was heavily pregnant.

Well the wait is over, Chioma went into delivery 8 hours ago. Confirming this news, Davido replied a fan who asked about his upcoming ablum.

“I Dey delivery room brother ! Make we talk this matter after”

Davido subsequently shared a photo which we strongly believe to be the interior of Chioma’s delivery room.

A few moments later photos began surfacing  confirming that Chioma had indeed brought forth another mini Davido. From the clue Davido shared, the gender could be a boy. GhPage strongly believes it’s a boy.

Stay logged on to this portal as we bring you prompt updates.