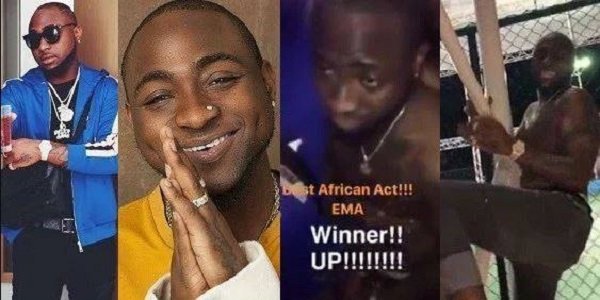 Nigerian artist, Davido dipped down in tears, after he was unveiled as the winner for MTV EMA Best African Artiste for the year 2017.

The DMW Boss has joined 2Baba and D’banj as the only African Artists to win both Best African Act awards at the BET Awards and MTV #EMAs and that makes him the third person to win such awards. 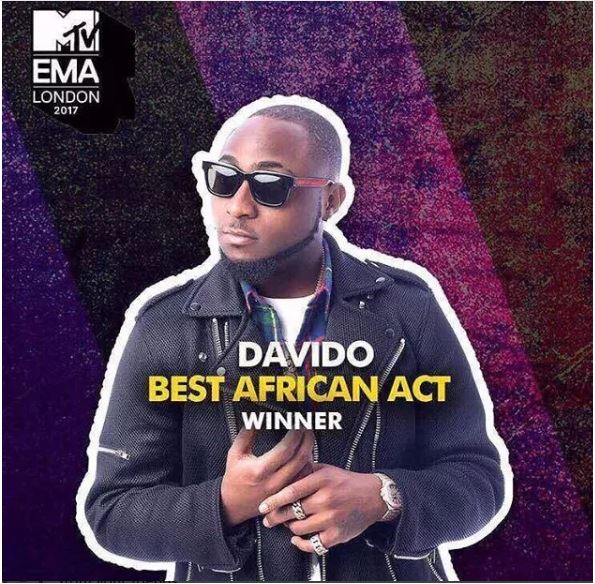 The “If” hitmaker who is currently in Angola for a concert came ahead of the tough competition which featured Wizkid and Nasty C as well as South Africa’s Babes Wodumo, Angola’s C4 Pedro and Kenya’s Nyashinksi.

READ ALSO: Mahama Has Been Ignoring My Calls Since He Lost 2016 Election – Shatta Wale

Davido who just released a brand new music, titled FIA, dedicated the award to his mum, he said: “I’M ON FiAAAAAAA!!

Thank you everybody. THIS IS FOR YOU MOM!

Well, the musician after dipping in tears used the same opportunity to show his dancing skills as he manages to perform a one corner dance.

Watch The Interesting Video About Davido Below………

READ ALSO: This is why Naa Ashorkor left GhOne and Starr Fm (EIB Network) for MultiMedia

You Might Like To Watch Video: CEO of RTP awards, Prince Mackay cries on Stacy’s Restoration Show – Very sad reason