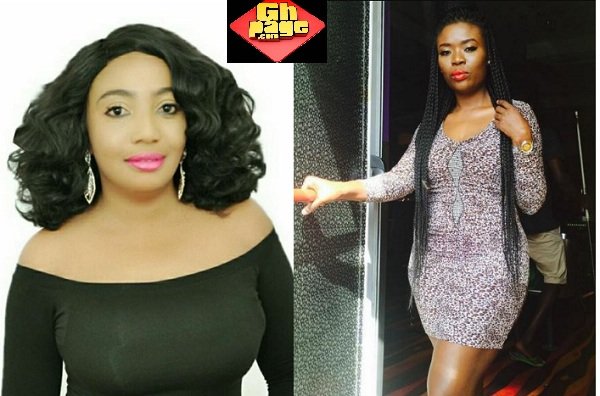 The self-acclaimed musician and actress Diamond Appiah have wildly criticised Delay again while she described her as a decorated monkey and broke ass b*tch.

Just recently, Diamond Appiah was on Benedicta Gafah, accusing her of wearing fake butts and it’s as though she derives some satisfaction each time she does that.

We don’t know what Delay must have done to her this time around again. In an Instagram post, she made, she described Delay as a monkey and a villager who relies on ugly bitches to hype her so she can feel worthy.

READ ALSO: This Is Exactly What Joselyn Dumas Said About Her S3x Moments That People Can’t Stop Talking About

“OOOOO to all my Ghanaian celebrities, infact from today if this decorated monkey opanyin toto sits on Tv to insult or try and degrade you don’t even pay attention to her cos she is nothing but a villager seeking attention with the little airtime she’s got.”

“I have received tons of her old pictures from that village where she came from and now understand perfectly why she does those sarcastic stuff to run other women down. She is from far away that’s why and never dreamt of even getting an opportunity to appear on TV so the little exposure is running her mad.”

How on earth can you encourage a b*tch to hide behind a fake page to hate on celebrities then on her birthday you shamelessly applaud her on your Facebook page for doing your dirty job n hyping you.

So Bitch after all the bragging you come to do on TV you still need ugly b*tches to hype you to make you feel worthy very pathetic . Nothing hides under the sun forever and the entire world now know what a useless miserable pathetic broke ass B*tch that u are” she furiously ended”

Meanwhile, Delay has kept meet since then without any comment, and we live to see whether there will be a reply from her.

YOU MIGHT LIKE TO READ: Delay finally reveals why she always criticize Moesha Boduong every chance she gets