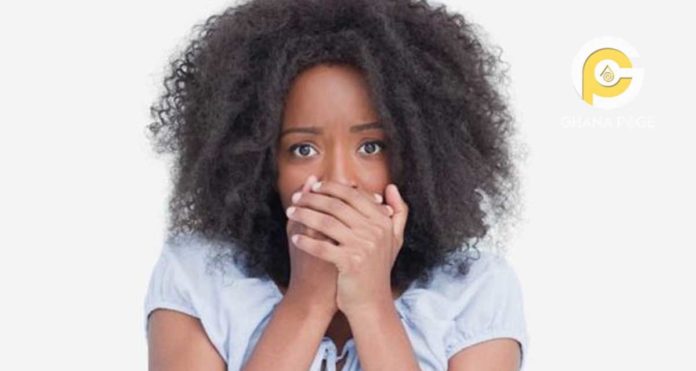 There is an outrage on social media concerning how Deeper Life Chruch canceled a couple’s wedding just one week to the wedding just because they ate from the same plate before being married.

From what Ghpage.com has gathered the wedding was to be held on 8th June but they got a message from the overseer of the church on 31st May during the traditional wedding ceremony that the wedding has been canceled.

SEE ALSO: A chat of Rachel Appoh telling Afia Schwar how she managed to sleep with Elikem leaks online [READ]

The message added that they are being punished for eating from the same plate one week from their wedding; a practice the church frowns upon. This absurd incident happened in Nigeria

“So, I’m going to be narrating a funny story that was shared with me by a friend of mine who went for the wedding of his cousin that was canceled on Saturday 8, 2019 at Okutukutu, Bayelsa by Deeper Life Bible Church @dclmhq they attend

I don’t criticize pastors or churches, but this is overwhelming and annoying.

“So, after all the preparation for the wedding, the State Overseer of Bayelsa state called the chairman marriage committee of the church to suspend the wedding.

SEE ALSO: Photos of the Ghanaian model who vanished after arriving in France for an event and how she did it [Screenshots]

The message sent was “YOUR WEDDING IS SUSPENDED. TWO OF YOU ARE PLACED ON DISCIPLINE.” This was sent on Friday during the traditional marriage. “Please who does this? After all the preparation for the wedding.

So, the family of the bride drove to the State Overseer house to beg him to allow the wedding hold. The mother of the bride was rolling on the floor crying & begging the pastor. But the man refused to answer and walked out on them. Even Jesus Christ never did like that to sinners.

“So, after crying, they went back home and the bride almost ran mad. And this is another reason that can lead to depression & I can provide @MentallyAwareNG contact to one of the family members to help connect the bride to a psychologist.

“The wife and husband said the chairman of the marriage stated that the reason why Bayelsa State Overseer suspended the wedding was because the couples to ate in the same plate a week ago. Which the State Overseer said it’s wrong & should never happen until after wedding day.

“I want deeper life @dclmhq Bible Church General Overseer pastor Kumuyi to look into this and call Bayelsa’s State Overseer to explain why he purposely decided to spoil this family’s day of Joy.”

SEE ALSO: Stunning photos of Abidivabroni, the curvaceous mother of 4 who is regarded as the sexiest Ghanaian lady

The news has outraged a lot of people social media with many condemning the church for such an irrational stand on marriage. Tell us what you think in the comment section