Delay breaks down in tears on live radio 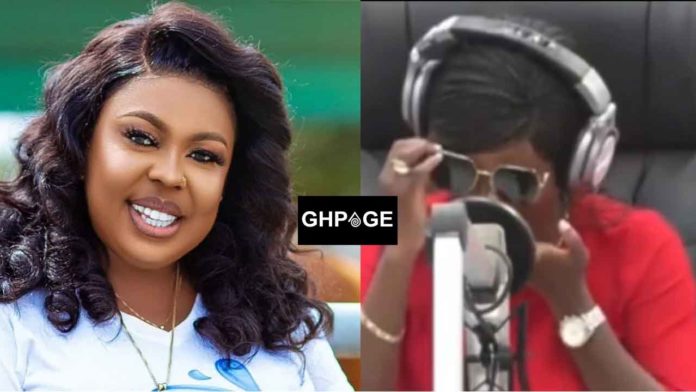 It seems the rekindled beef between Afia Schwarzenegger and Deloris Frimpong Manso (Delay) has taken a toll on the latter.

In a video that has been widely circulated, Delay shed tears on live radio over the incessant attacks she keeps getting from Afia Schwar and her cohort.

While hosting her ‘To Wo Bo Twi Me’ show on Wontumi Radio, the outspoken media personality broke down in tears and added that she is tired of everything.

“I have done nothing, I am just tired of everything”, Delay said amidst tears.

Recently, the two have rekindled their long-standing beef after NPP’s Chairman Wontumi hired Delay to host a show on his Accra-based radio station over Afia Schwar.

Afia Schwarzenegger, who felt disrespected, took it upon herself to campaign for Chairman Wontumi’s opponent in the just ended NPP primaries.

However, Chairman Wontumi was re-elected and since then, Afia Schwar has been throwing subliminal shots at Delay and Wontumi.

In Afia Schwar’s constant attack on Delay, she called her a barren old woman who has achieved nothing for herself.