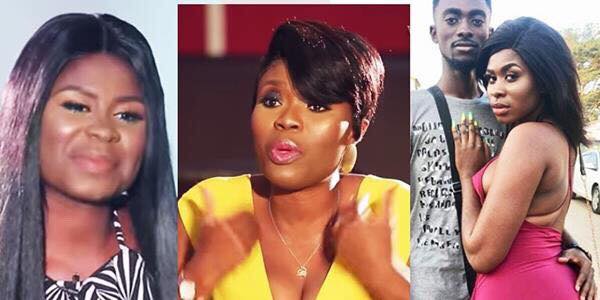 A presenter at an Accra-based radio station, Neat Fm has described the interview between Deloris Frimpong Manso and Kumawood young actress, Yaa Jackson which has gone viral as the worst interview.

The presenter who was baffled by Yaa Jackson’s words and demeanour stated that she lacked home training and is a disgrace to her family.

“By far, personally this is the worst interview I have ever watched and the little girl needs coaching. This 17-year-old girl who is studying General Arts in school doesn’t even know her electives. She is literally empty“, the presenter stated.

According to the presenter, Yaa Jackson will regret she granted this interview in some years to come.

She also disclosed that Yaa Jackson normally contacts a blogger on social media to write stories about her so she will trend.

“You started acting when you were just 4 months old, so what kind of hype do you want. She has disgraced her parents and I don’t know the kind of training she received at home. Your father is a legendary producer and your mother is a Minister of God and after watching the interview, I felt bad for her parents“, she stated.

The presenter also pleaded with Deloris Frimpong Manso to advise Yaa Jackson because she lacks home training and needs to be nurtured the right way.

The interview has received massive criticisms towards Yaa Jackson and its obvious Ghanaians are marvelled at this young girl’s behaviour.

ALSO READ: I dumped my MP boyfriend because he failed to open a shop for me -Yaa Jackson

Sarkodie has castigated NDC's National Communications Director, Sammy Gyamfi after defending and clarifying the logic behind his disputable decision to interpolate the murder...
Read more