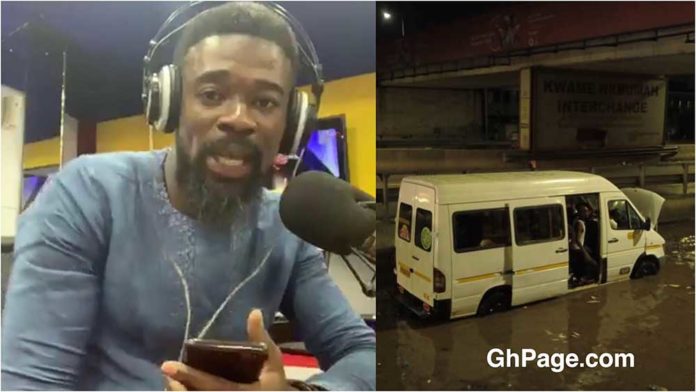 The founder and leader of God’s Crown Chapel Prophet Reindolph Oduro Gyebi aka Eagle Prophet has warned the demonic flood would soon sweep over Ghana soon which would result in the loss of several properties.

According to the Eagle Prophet, he saw a spirit creature like frog spewing water which would cause unusual floods.

He went on the state that the month of April is a month of rain and as such Ghanaians should brace themselves up for more rains.

He said: “I saw the spirit like a frog spewing water, the water is demonic and this covered the whole of Ghana.”

He further added that; “I saw many houses being destroyed, many greatness, and many offices being filled with this demonic water,”

Sometime ago, he predicted that the Accra Mall was going to experience an explosion but he was heartlessly mocked when that prophecy failed to come to pass about six months ago.