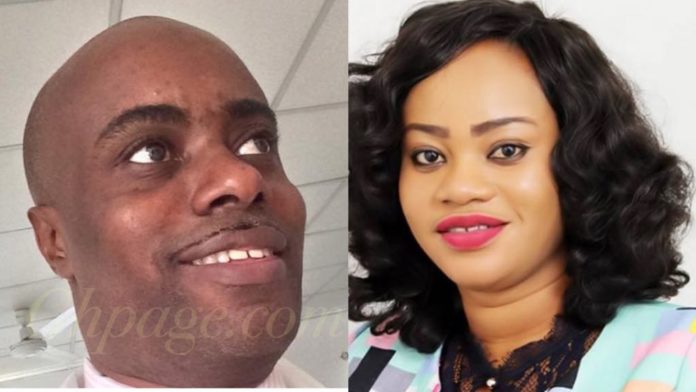 According to the reports, Miss Stacy Offei died at the Obengfo Clinic on the 21st May 2018 after she went to the clinic for a lipo surgery (Fat Transfer surgery)

As it stands now, the Police Criminal Investigations Department (CID), has arrested the Director of the Advanced Body Sculpt Centre, Obengfo Clinic, Dr. Dominic Obeng-Andoh. He has been charged with murder.

SEE ALSO:  Photo Of When Moesha Boduong Was Having Her A$$ & B00bs Surgery at Obengfo Clinic Pops Up On Social Media

So the Deputy Chief Executive Officer for National Entrepreneurship Innovation Programme, Miss Stacy Offei Darko went to the clinic for the surgery. The surgery started at exactly 4:00 pm, Monday 21st May but somehow the surgery failed and she died.

SEE ALSO: Lydia Forson talks about the life-saving surgery she just had & why she was afraid to let anybody know

This is where it gets interesting: After she died on Monday 21st, allegedly, Dr. Dominic Obeng-Andoh on his own authority without any relative of Miss Stacy present took the body of the dead lady to 3 different mortuaries to be deposited but they all refused with the reason being that they need a family member present.

Finally, with Edward Amponsah, a cleaner at the Obenfo clinic acting as a relative of the late Miss Stacy Offei Darko, Dr. Dominc Obeng-Andoh convinced the Buduburam hospital to accept the remains of the late Deputy Chief Executive Officer for National Entrepreneurship Innovation Programme (NEIP).

SEE ALSO: Photos: The Billionaire Who Destroyed Her Face With Plastic Surgery To Please Her Husband; The Story Of Jocelyn

It was about 4 days later that Nana Akosua Animah, the mother of Miss Stacy got worried about the whereabouts of her daughter. She investigated and found out the last place her daughter visited was the Obengfo Clinic.

Upon inquiries, she found out the daughter had died 4 days ago and the doctor has deposited her body at the mortuary without bothering to notify any family member.

“The police CID has arrested the Director of Obengfo Hospital. He is currently at the Nima Police Station. There were many accomplices who are also behind bars. They have also arrested some of his nurses and investigations are still in progress,” she told Citi FM in an interview.

She added that the bereaved family was awaiting a post-mortem report before its next line of action.

“The corpse has been taken to Korle Bu for postmortem to determine exactly what my daughter was injected with. Even a chicken won’t be treated like she was. We will decide what we do after we receive the postmortem report,” she added.

SEE ALSO: 4 Nigerian men who transformed into women after surgery (Transgender) – See before and after photos

Today, Dr. Dominc Obeng-Andoh the Director of the Advanced Body Sculpt Centre, Obengfo Clinic was taken to court together with Edward Amponsah.

From what Ghpage.com has further gathered and confirmed by the mother, the member of Parliament for Assin North, Hon Kennedy Agyapong has a child with Miss Stacy Offei Darko and in fact, he was the person who ordered the arrest of the Dr. Obeng Andoh

STAY WITH GHPAGE.COM AS WE WILL BRING YOU MORE UPDATES SOON

In the meantime, watch the video of when it was reported Dr. Obeng-Andoh has been arrested below

SEE ALSO: Photo Of When Moesha Boduong Was Having Her A$$ & B00bs Surgery at Obengfo Clinic Pops Up On Social Media