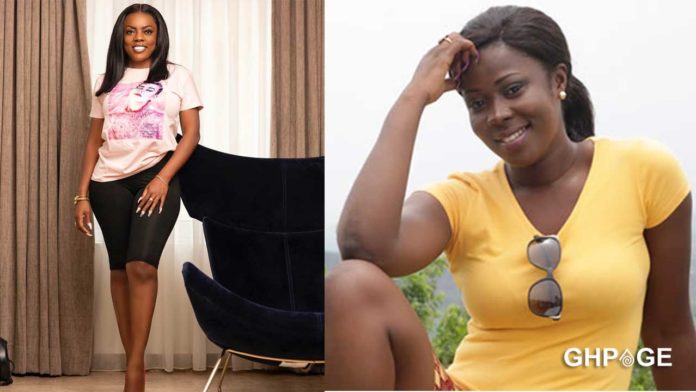 Popular Ghanian blogger based in the United Kingdom, Chris Vincent has explained how Frema Ashkar shamefully left TV3 after she was approached by Nana Aba Anamoah over the juju claims.

Chris Vincent who is the founding editor of GhanaCelebrities.com revealed that after Frema Ashkar was confronted by Nana Aba Anamoah she left the media house and never returned.

“Now, this is where the allegation gets interesting. Frema is said to have had no idea at the time that the daughter of the juju woman she went to see was an intern at TV3 at the time.

So after visiting the juju woman and placing her destructive request, the juju woman through her daughter made contact with Nana Aba Anamoah and solidly informed her on everything–Probably, she even showed them the things Frema brought.

Then it got emotional and painful. We are told that Frema Ashkar was confronted at TV3 and everyone at the TV3 at the time got to know of this.

Nana Aba Anamoah cried miserably that day. You can try to imagine Frema’a humiliated face with her thick make-up yourself on that day. It’s said that she left TV3 that same day and never returned again”, Chris Vincent wrote.

This comes after Nana Aba Anamoah took to Instagram to dedicate an award she won at the RTP Awards to her best friend who took her to juju eight years ago to destroy her.

Nana Aba Anamoah explained that this best friend took presents and her personal belongings to a juju woman to destroy her and her career.

The juju woman, in turn, found a way to get to Nana Aba Anamoah to expose the evil intentions of her best friend.