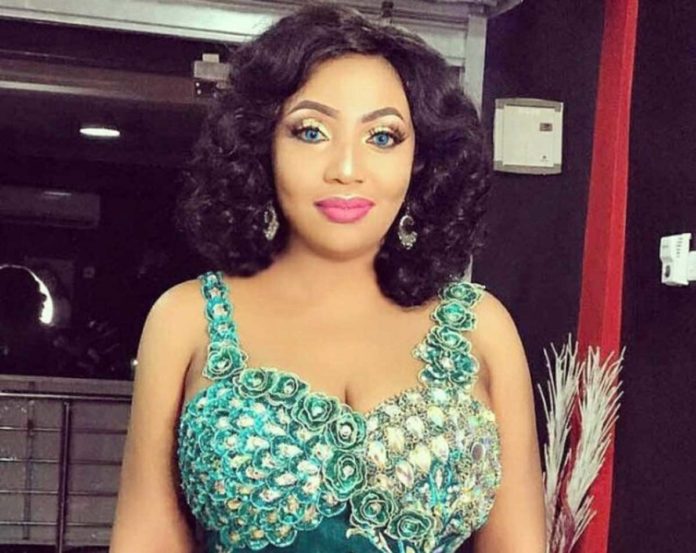 According to the actress, Afia Schwarzenegger is a low life wannabe kitchen vlogger who cracks unfunny jokes to make a living and must not be entertained.

Diamond Appian took to her Instagram page to lash out at Afia Schwarzenegger, describing her as a fool, a beggar and chaff.

She wrote; Yo bro @elikemkumordzie you know u r family and nobody disrespects my family and gets away with it, especially a low class, low life wannabe KITCHEN VLOGGER who has to fool, crack unfunny jokes or beg ppl to advertise on her page before she gets money to feed herself, is that one too qualified to diss anyone in this country.. A common office to office n pastor to.pastor begger ????.. Like wtf! We entertain a lot of chaff in this society that’s why she feels in her delusional head she has the right to.judge others forgetting how stinking her miserable life is. Aarrr ewurade see me see kitchen vlogger???? eeermm wot work does she do again?” 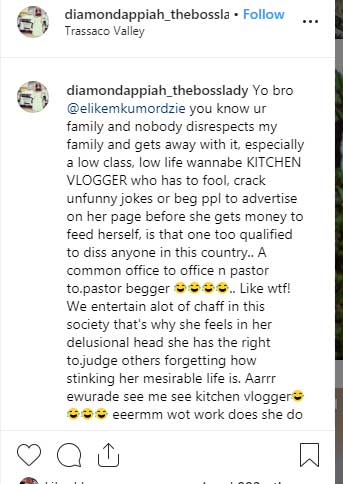 It could be recalled that Afia Schwarzenegger launched an attack on actor Elikem Kumordzie and former MP for Gomoa Cental, Racheal Appoa.

The mother of two accused them of being in a romantic relationship and warned them to stay out of her business.

She threatened to invoke curses on them if they don’t refrain from mentioning her name and also accused the former MP of visiting juju men.