Did Becca snub NAM 1 again on his birthday? 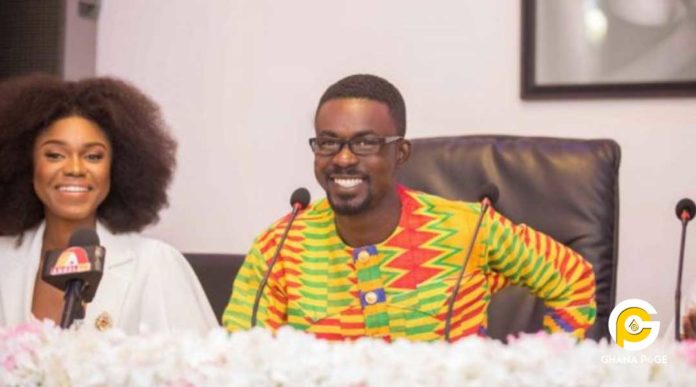 Zylofon signed artiste Becca real name Rebecca Acheampong who some time ago got in the bad books of some Ghanaians and fans for deleting all photos of her boss Nana Appiah Mensah when he started having problems with the Security and Exchange Commission (SEC) and Bank of Ghana (BoG).

Questions where asked as to why she would do that because the timing was wrong but some people closer to the singer revealed that she is a fan of deleting pics from her social media page.

Yesterday was the birthday of Nana Appiah Mensah and some celebrities including some signed Zylofon artiste, actors, and actresses including Stonebwoy, Shatta Wale, Benedicta Gafah, Kumi Guitar, Zynell Zuh, Too Sweet Annan and others.

Also Read: Never mistake my silence for my weakness – Becca

To the amazement of many, the “Daa k3 Daa” singer failed to wish her a boss a happy birthday when even people who did not benefit took time off to wish him.

Becca was one of the signees who saw huge investments in their career when Nana Appiah Mensah was running all his firms.

Becca, on the back of Zylofon Media, was branded on several London buses, as her last music album was promoted in London. This cost thousands of pounds, paid by NAM1’s company. Also, NAM1 spent millions on her 10-year anniversary concert.