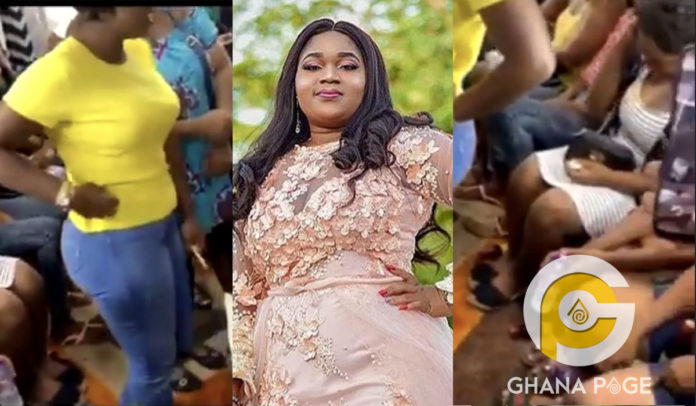 A young Nigerian woman has lashed out at her fellow ladies who publicly advertise, sell and buy charms and v*gina sweetening products to entrap married and unsuspecting rich men to exploit them of their wealth.

According to the Twitter user identified as @Girl_isBlessed, the issue has not attracted enough public outrage or arrest despite the distasteful act splashed all over the internet particularly on social media.

She argued that this is simply because it is women who are perpetrating them. In her opinion, the narrative would have completely been different if a group of men set out to start selling charms that can make it easy to take advantage of women.

She decried the double standards in contemporary society explaining that a man would have been labelled as a “monster” if he were to drug a lady and sleep with her, but women are being praised for using charms to make men vulnerable in order to milk them.

Expressing her displeasure, she tweeted: “Women openly market charms that keep Men vulnerable in order to milk all their money, Women openly buy, no outrage, no arrests.

“If a man laces a girl’s drink To sleep with her he’s a monster. If a woman use dark powers to milk a man’s wealth she’s securing the bag. One day… She dresses well, speaks fluently, beautiful, firm boobs, but there’s a smelly concoction in her hand bag?

“Dirty, Smelly, disgusting set of people. U have them as friends, u support them, u celebrate their “Wins” on ur WhatsApp status. Murder*rs in lingerie”.

Meanwhile, it would be recalled that in 2019, some Ghanaian Slay Queens were captured in a viral video at the shop of an entrepreneur named Mama Gee buying juju to charm men.

The Food and Drugs Authority subsequently swooped in and arrested Mama Gee and locked up her shop for trading without a licence.

Watch the viral video below in case you missed it.

Despite the initial actions of authorities, the advertisement of charms or juju for snatching husbands has been on the rise as some desperate women continue to find ways to get rich overnight.