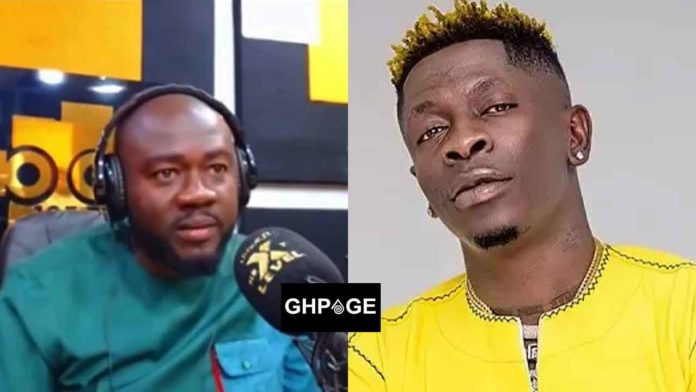 The Business Manager for Radio One, DJ Slim has called on all media houses to ban Shatta Wale’s songs on their platforms over his rape comments during his banter with Burna Boy.

DJ Slim expressed disappointment in the ‘My Level’ hitmaker and vowed to stop playing his songs on his show until he apologizes.

According to DJ Slim, rape is a sensitive issue that should not be addressed jokingly and that Shatta Wale acted irresponsibly.

He then called on major stakeholders in the entertainment industry to call Shatta Wale to order and also ensure that he apologises for his ‘loose’ talk.

“This is very bad and as a business manager here, Shatta Wale’s songs are officially banned on Radio One until he comes out to apologize. I don’t care about his issue with Burna Boy but until he apologises for his rape comments, his songs will not be played here because it’s a very sensitive issue.

His actions are very irresponsible and I am calling out all major stakeholders in the entertainment industry to call him out”, DJ Slim stated.

It can be recalled that during Shatta Wale’s online banter with Nigerian artiste Burna Boy, Shatta accused Burna of being a rapist.

Shatta Wale also admitted raping a lady identified as Kuti, who happens to be the ex-girlfriend of the Nigerian musician.

Some personalities have called out Shatta Wale over his rape comments and ordered him to retract his statement.