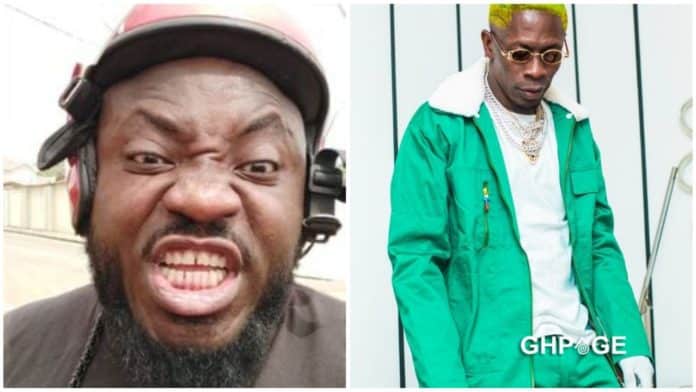 Headmaster of Ghana comedy, DKB, has issued a piece of profound advice to Shatta Wale for waging war against Nigerians over their lack of support for Ghanaians acts.

The internet has been full of insults and contrasting submissions ever since Shatta Wale took a deep swipe at Nigerians in the middle of his performance at the just-ended Freedomwave Concert.

Whiles some Ghanaians believe that Shatta Wale is telling the hard truth, others have also argued that Ghanaian musicians don’t make better music reason they don’t have the global appeal.

DKB who is keenly observing the back-and-forth banter has cautioned Shatta Wale to be very cautious of the dreadful path he has taken.

According to DKB, some dumb Ghanaians will team up with Nigerians to destroy Shatta Wale.

He used his own experience as a classic example as to why he became Nigeria’s number one enemy following his fight for Ghana’s comedy to thrive.

“Fighting Naija U must be very careful cos there are many dumb Ghanaians who want to turn a foreigner against U. In my fight against influx of Naija comedy, I made it clear, I loved my Naija comic friends but Ghana needed it’s own. Still, Ghanains made some Nigerians hate me.“