DKB blast Ebony’s father over claims that he took GHC1,000 to perform at her Tribute Concert 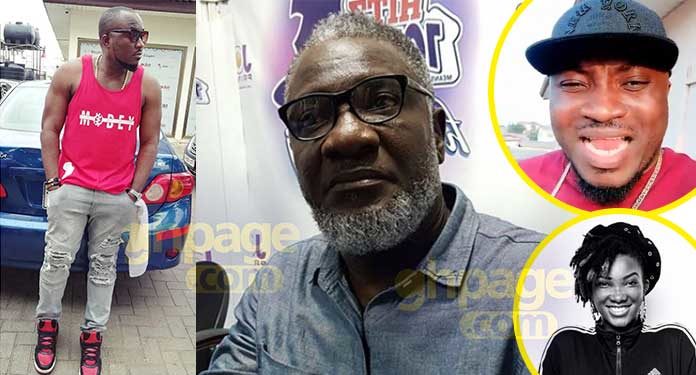 Comedian DKB has responded to the allegations levelled against him by the father of late Dancehall artiste Ebony Reigns.

Granting the interview on Ghone Tv Rythmz Show yesterday, father of the late Ebony Reigns, Mr Opoku Kwarteng brought out a list which tends to suggest some musicians in Ghana took monies for their performance at the Ebony Tribute Concert which he said was given to him by Bullet, former manager of the late dancehall diva.

read also: Handwriting circulating about monies paid to artists is that of Ebony’s Dad and not me – Bullet

According to the Nana Opoku Kwarteng, per the information and the evidence he has, comedian DKB was paid GHC1,000 to perform at Ebony’s concert.

This infuriated DKB to respond to the allegation levelled against him stating in a video that even his big head is worth more than a GHC1,000.

He added that Rufftown Records documents or publications always have their logo on them, and not that toilet paper which looks like NOV/DEC answer sheet and further indicated that the handwriting on the sheet even looks like someone who has stomach upset.

“Look at my face, Do I look like a GHC1,000 artist? Even my head alone how much will my head take….? What kind of nonsense is this?” he said.

“Don’t you see every publication from Rufftown Records has their logo and well-typed and everything? Look at this toilet paper they’ve written, as if it looks like Nov/Dec answer sheet. Even the handwriting looks like someone who has running stomach” he added