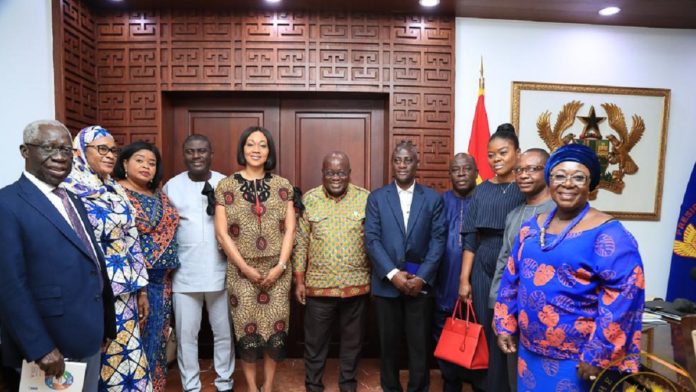 The President of the Republic of Ghana, Nana Addo Dankwa Akufo-Addo has declared that he doesn’t need the help of the Electoral Commission to win an election

According to the President, he wants to win the election because the people of Ghana voted for him and not with the help of the Electoral Commission.

President Akufo Addo also stated that the Electoral Commission should ensure that the verdict represents the will, fair and clear statement of Ghanaians.

He made this statement when the Electoral Commission led by its Chairperson Mrs. Jean Mensa paid a courtesy call on him at the Jubilee House.

What the ballot should do is to present an unvarnished verdict of the will of the Ghanaian people. That is what should take place of any well-functioning democracy, that the ballot represents a fair, clear statement of what wishes of our people are

If there is any interference with that, it is a distortion of the popular will, and, that, therefore, means that the democracy that you seek to advance itself becomes questionable”, President Akufo Addo stated.

Jean Adukwei Mensa was appointed as the Chairperson of the Electoral Commission of Ghana on 23 July 2018, after her predecessor was removed from office in what has been described by many Ghanaians and the international community as bizarre politically motivated dismissal.