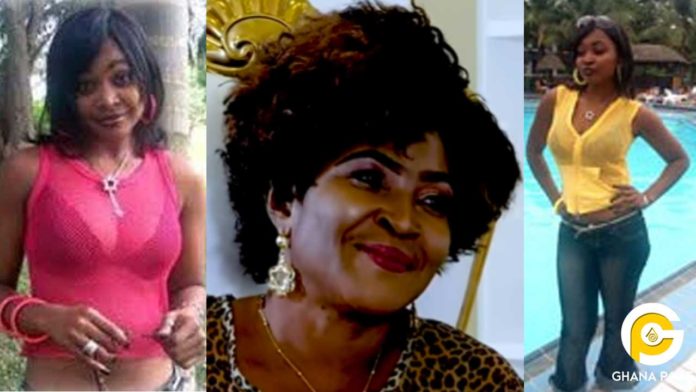 Ghanaian woke up to the news of then-popular actress Suzzy Williams losing her life in an accident on 8th September 2005 at a tender age of 23.

Its been 14 years since her sad demise and her mother Mrs. Cecilia Williams has thrown more lights on some circumstances that led to the death of her daughter after her accident on the La—Teshie Nungua Highway.

The mother of the actress who appeared on Restoration show with Stacy Amoateng revealed that she believed her daughter was murdered.

Not just that, she also accused one doctor of being the one behind the murder.

According to her, she personally saw the doctor putting a straw in Suzzy’s nose and holding her neck but because she was too soft by then she couldn’t shout or do anything.

She continued that after a year since the passing of Suzzy Williams she went back to the doctor to demand answers but his response was that he thought Suzzy was one of those Fante girls showing off.

The mother of the actress revealed that she had to mention Suzzy’s full name Suzzy Lebene Williams indicating she was an Ewe and it was at that point that the doctor told her if he knew that earlier, he would have done something about it for her.

Share
Facebook
Twitter
WhatsApp
Previous articlePoliceman repairs deadly Pothole on high street with his own money
Next articleKeshia, the Lady whose boyfriend killed her sugar daddy in her bedroom marries another man 4 months after he was jailed