Dominic Adiyiah buys a mansion in London worth GH¢1.8 Million 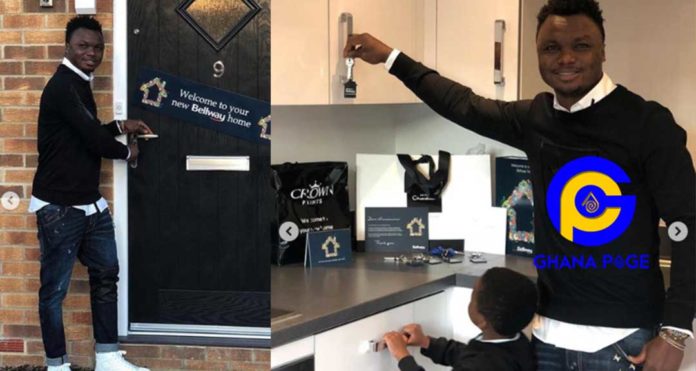 Ghana Black Stars player, Dominic Adiyiah has achieved his childhood dream of buying himself a mansion in London. The mansion acquired by the 29-year-old footballer Ghpage.com has discovered cost him 300,000 pounds (GH¢1.8 Million).

Excited Adiyiah shared photos of his new home on his social media handle and congratulations have been trooping in since. Sharing photos of the house, Adiyiah wrote:

Dominic Adiyiah started his professional football from Kpando Heart of Lions but Adiyiah became after he won the Golden Boot Award during the FIFA U-20 World Cup in 2009. He won the Best Player Award. He also played at the 2010 FIFA World Cup finals.

SEE ALSO: “It was all acting, Ebony did not touch my manhood in ‘Sponsor’ video-Starboy Kwarteng