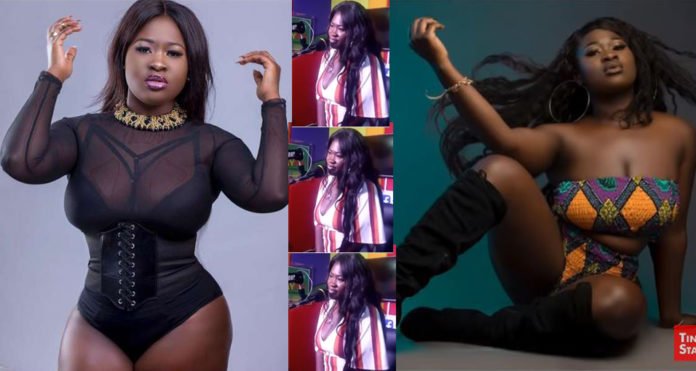 The sensational female hiplife artist made this revelation when speaking in an interview with Abeiku Santana on Okay FM in Accra.

Read Also: ‘Fooling’ pushed me to the limelight – Akuapem Poloo

“I did not wear at normal pant during my performance on Saturday,” she said as a reply to a question. 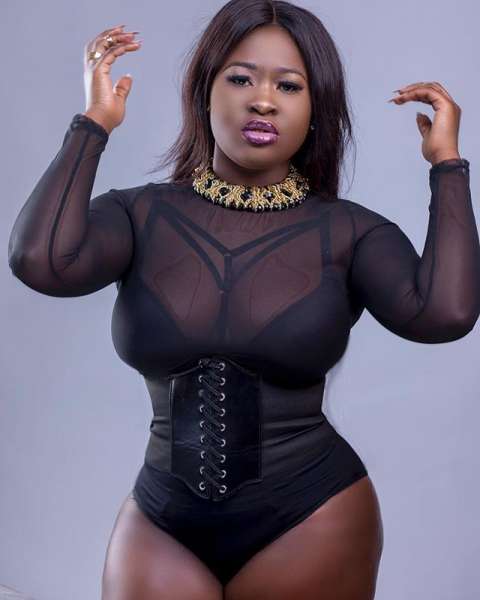 Sista Afia giving a reason for her decision not to wear pants explained that she prefers to wear a bodysuit rather than wear a normal pair of pants even when on stage.

“I decide not to wear pants because the bodysuit acts like one,” she explained.

When asked by the host whether she does not worry about her private parts getting exposed in public during such energetic performances.

The ‘Jeje’ hitmaker said that it isn’t a problem for her because she will not suffer such wardrobe failure considering the suits she wears.

“Obviously, you should know the type of dress you are wearing. The bodysuit I was wearing covered my body very well. Such an accident cannot happen because it (body suit) was very strong and tight,” Sista Afia boldly reply.

She, however, added that as the time she was speaking, she had her pants on.

“As for today, I am wearing one,” she said with a warm laughter.

Tackling other phases of her life, Madam Queen Solomon revealed that though popular preacher, Archbishop Nicholas Duncan-Williams, is her uncle on the mother’s side, she is really close to him.

Appearing on stage with Patapaa last weekend during her Queen Solomon album launch, the singer waggled suggestively on the “One Corner” hitmaker leaving him on the stage floor.