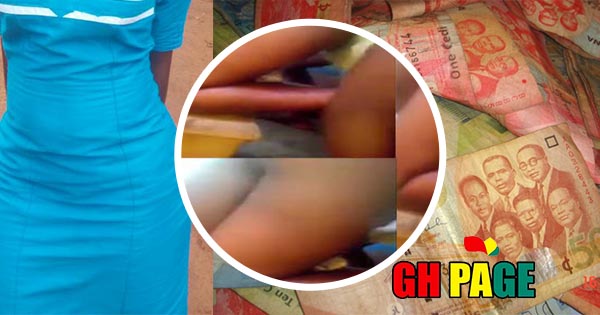 Following the leak of the $extape of Mr Robert Sepey, the headmaster of Breman Edumanu D/A Basic School and a 19-year-old Priscilla Tetteh, there has been an increased national discussion on Teacher-Student s*xual affairs. SEE HERE

Recently, some female students of Ejisuman Senior High School alleged they sleep with their male teachers to pay their school fees.

They claimed they’re under intense pressure following the harassment from their teachers who demand that they have sex with them, failure of which they’re threatened of being expelled from the school.

Cases of sexual harassment of female students by their male teachers in senior high schools appear to be on the rise, a development that has gotten moralists condemning the disgraceful behaviour.

In December 2017, female students of senior high schools within the Assin area in the Central Region made incriminating allegations against their male teachers, claiming they were being sexually harassed by their teachers in exchange for good grades and money.

They claim female students who fail to give in to the demands of the male teachers are usually abused, hated, sacked from class and or failed in examinations.

In a recent audio tape available to GhPage.com, a male teacher and a female student in one of the schools in the Northern Region is heard in a feud conversation with the teacher daring the student to go ahead with her threat to report him to the School’s Authority for sexually harassing her.

In the audio, the unyielding female student is heard telling the teacher she respects herself too much to date him.

The teacher then replied: “go and tell them that this is what I’ve said so you’re scared and so you’re coming to tell them. And tell them also about the money I gave you and after that, you bring my money to me.”

The student whose known is disclosed as Dorcas disproved saying:

Read Also: 12 Bad Girl Traits Every Guy Wants In His Girl And Guys Will Do Anything To Have You If You Possess These Traits

“I didn’t request for your money, did I request for it, did I tell you that master give me money? I didn’t. You yourself gave me the money and I spent it. Even as at now, if you give it to me again I’ll spend it because I’ve not asked for your money.”

“…yes, you know I’m nothing before you but I’ll not give myself to you. Why are you referring to your money, did I ask you to give me money? You wanted to have sex with me and you gave me money. Master let me tell you GHC 30.00 cannot buy my vagina okay, my vagina is so expensive that money cannot buy it unless love. As for your GHC30.00, I can pay you back…GHC 30.00 but I just want you to know that I didn’t request it, you gave it to me and said you want to help me.”

Read Also: Guy Shares Screenshots Of Chats He Had With A Lady Disturbing Him For $£x

“Don’t you have a wife? even if your penis is worrying you, you should go to your wife and tell her that your penis is worrying you, so she should let you have sex, not that you should come to your student because you gave me GHC30.00. You know very well that I am stupid and you gave your GHC30.00 to me, now you want to have sex with me. How can you have sex with a foolish girl, If I’m stupid, my vagina is also stupid,” She ended.

Listen to the Audio below