Video: Series of Attacks from the Battle Of The Boss Chicks | Shatta Michy Vs Dotty Lana Night Club Fight and All you need to Know 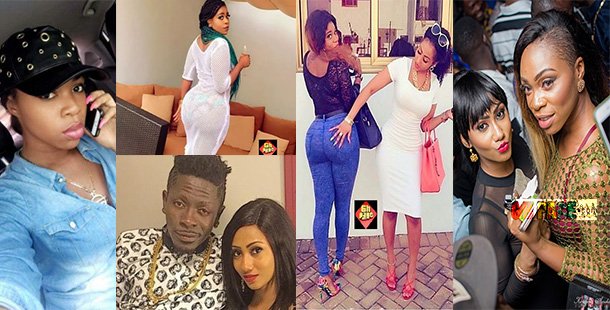 Well, Dotty in a snap post has indicated that, she is a promoter at ONYX Club and as part of her duties happened to be at the club at the same time Hajia4real was also having her party.

Nonetheless, in another snap chat posts, both Michy and Dotty ‘fired’shots at each other – Below is a video of that;

But at least, we know much about Shatta Michy

But who is Dotty Lana?

As far as Ghpage.com knows, Dotty Lana is also a Ghanaian socialite and was a close pal to Hajia4Real.

READ ALSO:Ladies,Say these 20 romantic things To your boyfriend and it will make him Love you madly

Dotty won for herself an award at Viasat 1’s 2015 JIGWE Awards, as she received a plaque for the ‘Bodacious Steatopygous Award’.( a woman with a big curvaceous b*tt)

Here are some photos of her