Revealed: This is when Dr. Bawumia will finally return to Ghana 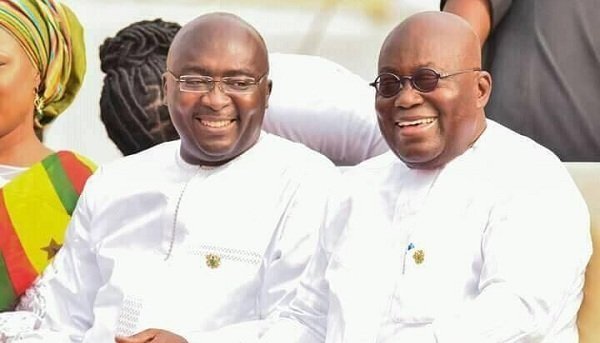 The Majority leader in parliament, Osei Kyei Mensah-Bonsu has revealed that the Vice President of Ghana Dr. Alhaji Mahamudu Bawumia who is on Medical leave in the United Kingdom will be back home in a week time.

SEE ALSO: Vice President Bawumia Flown Out Of The Country To Seek Medical Attention In UK

The Vice President who is in the UK with his wife, Mrs. Samira Bawumia in a spirit of assurance shared a video and photo of himself and his wife hanging out on the streets of London to dispell those rumors.

But through it all, many Ghanaians have been wondering when he will be back considering the fact that the Vice President has been out of the country for far too long.

SEE ALSO: Samira Bawumia finally breaks silence on her husband’s sickness – She had this to say

Well, Majority Leader in Parliament Osei Kyei Mensah-Bonsu has provided answers to those troubling questions. According to the Majority leader, the Vice President will back in the country by next week.

He added that Dr. Bawumia had to add one more week to her stay to enable him to rest well since he won’t be able to do so when he returns to Ghana. He said:

“The Vice President really, I’ll tell you that he is okay. But, he has been asked to rest a bit,” Mr. Mensah-Bonsu told Starr News.

“You know Ghanaians if he should come now, so many people will be trooping to his house and thus he wouldn’t have time to rest,” he told Ibrahim adding “which is why I think the doctors decided that [he should] continue to rest a bit for at least one more week or so before coming.”

Majority Leader in Parliament Osei Kyei Mensah-Bonsu, however, refuted the claims and rumors that Vice President Dr. Alhaji Mahamudu Bawumia is in a hospital in London.

SEE ALSO: Bawumia and wife, Samira are chilling on the streets of London but NDC says its fake [Photos+Video]