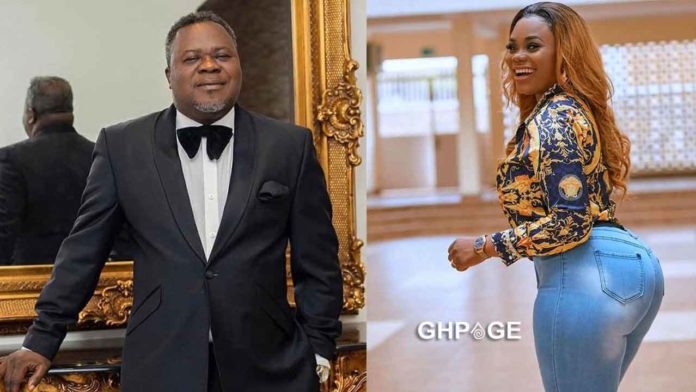 The Chief Executive Officer of Angel Group of companies, Dr Kwaku Oteng has finally broken silence on the widespread rumors of having multiple side chicks and numerous wives.

Speaking during an event organized by Dr Kwaku Oteng Society-Ghana in Kumasi, the respected businessman and polygamy enthusiasts denied having multiple sex partners aside from his known wives.

READ ALSO: Akua GMB’s daughter with Dr Kwaku Oteng warms hearts as she dances with her mother in new video

According to Dr Kwaku Oteng who sounded very concerned about the lies put in the media about him, he doesn’t have 6 wives as being speculated nor does he sleeps around like a philanderer

He went on to add that, people hate him because of his success and influence in society hence they need to plot and scheme all manners of lies about him.

He is reported to have said;

“Sometimes people say all manner of things about you on social media which is not true. A good person is hated. People say I have 5 or 6 wives it is never true. About 2 percent of all the things they say may be true but the others are lies. I beg you; it is the one who has a reputation that is mentioned…”

“If you have no reputation no one mentions you. It is me who is mentioned for the sins of my boys…. Dr. Kwaku Oteng has done this or that. If you want someone who is committed to God it is me. I have never fought before so I want you all today to ignore those falsehoods being peddled about me”

Dr. Kwaku Oteng is known to be very fond of beautiful women, he has two children with former beauty queen Akua GMB and other ladies aside from his first wife.