Dr. Obengfo granted bail for no license but still in police custody for murder 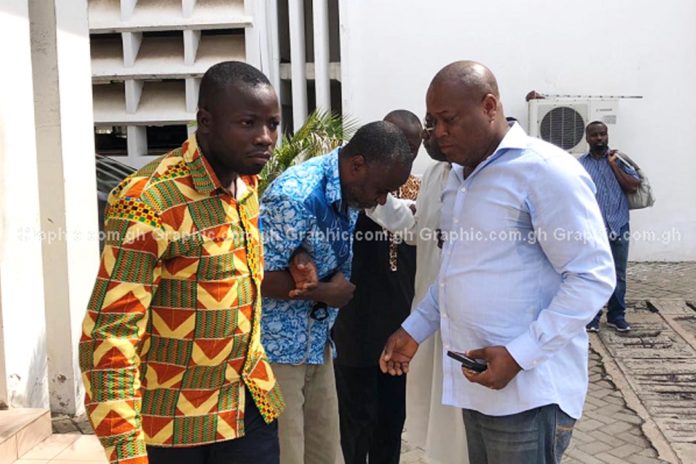 Embattled medical doctor, Dr. Dominic Obeng Andoh the director of popular Ghanaian Advanced Body Sculpt Centre, has been granted bill by the Accra circuit court in the sum of Gh¢50,000 with two sureties.

Dr Obengfo was granted bail Friday after he pleaded not guilty to practicing medicine without licence and operating an unlicensed medical facility.

He is however still in police custody on the charge of murder of Stacy Offei Darko, a Deputy Chief Executive Officer of the National Entrepreneurship Innovation Plan (NEIP).

The embattled plastic surgeon had failed to appear before the circuit court on two occasions due to ill health.

He, however, showed up in court on Friday, but had to be assisted in order to walk.

Also Read: Obengfo Clinic MD, Dr. Obeng Andoh Collapsed When He Was Arrested For The Murder Of Stacy Offei

Dr Obeng-Andoh, who is the Chief Executive Officer (CEO) of the Advanced Body Sculpt Centre, also known as the Obengfo Hospital, was charged with practising medicine without licence and operating an unlicensed medical facility.

He was slapped with the charges just three days after he had been remanded by the Accra Central District Court for the alleged murder of Ms Stacy Offei Darko, a Deputy Chief Executive Officer of the National Entrepreneurship Innovation Plan (NEIP).

Also Read: The death of Deputy NEIP CEO & the arrest of Obengfo Clinic Director here are the details

Ms Darko died while on admission at the Obengfo Hospital on May 21, 2018 after undergoing a surgery allegedly performed by Dr Obeng-Andoh.

The medical officer was expected to appear before the Accra Circuit Court last Friday but failed to turn up because he was on admission at the Ridge Hospital.