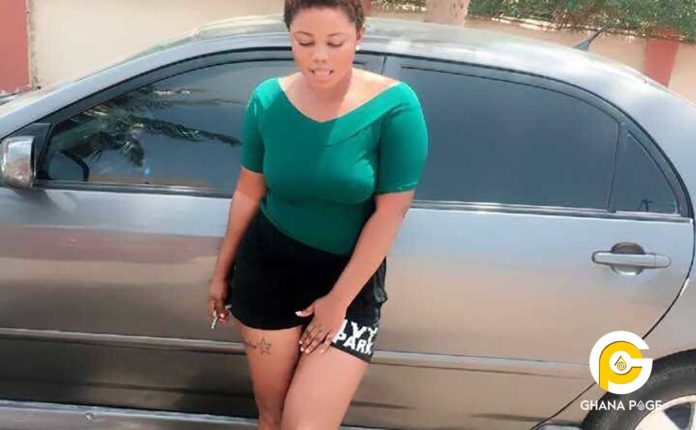 Queen Lissa according to her in the interview, due to hardship expressed interest in dating the Otumfour after she met one man who used to work as a cook in Manhyia but he told her he couldn’t give her the Otumfour but she can go there herself.

She continued that she later, dressed up and went to Manhyia but on reaching there she couldn’t meet with Otumfour but rather met his son and they started dating.

Also Read: I don’t enjoy lovemaking because of past experiences -Queen Lissa

According to her since she wasn’t decently dressed, she ended up getting a lot of contacts from other workers and other people but she later decided to stick with the son of Otumfour whose name she mentioned as Dada.