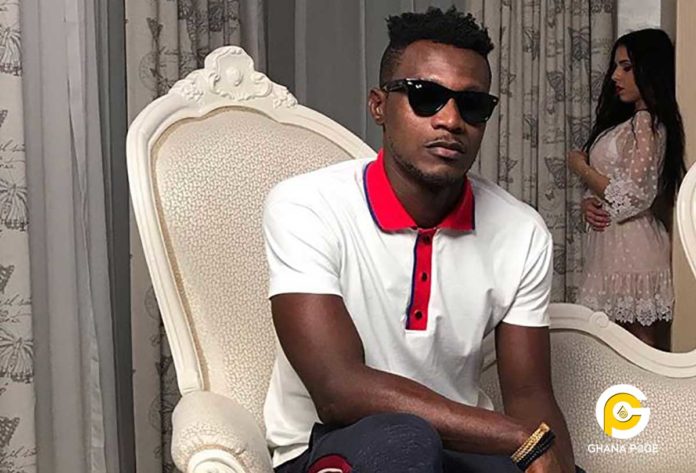 One of the Keche duo, Keche Joshua has said that he’s not a fan of alcohol but lately, due to the economic hardship, he drinks alcohol to get over the hardship.

According to him, Ghana currently is not a better place and thus the economy is terrible. Joshua claimed that he drinks to forget about his problems.

Speaking in an interview, the singer said the economic hardship is causing a lot to Ghanaians, especially the youth.

He made these statements while in an interview with ZionFelix together with his other music partner Keche Andrew.

It may also interest you to read this Story about Actor and Politician John Dumelo.

John Dumelo has set tongues wagging on social media with never-seen-before photos of his new look which is causing a stir online.

In these new photos shared on his Twitter page, the actor-turned-politician and farmer spotted a clean shave which showed a great disparity between his usual outgrown beard.

According to some netizens, Dumelo could easily be mistaken for ex-President John Dramani Mahama when one takes a look at the pictures at a glance.

It’s, however, not surprising that many believe Mr Dumelo shares a striking resemblance with Mr Mahama as they are both affiliated with the National Democratic Congress (NDC).

While Dumelo contested on the ticket of the party for the parliamentary seat in Ayawaso West Wuogon, Mr Mahama represented the party as its presidential candidate in the 2020 elections. They both lost to their respective contenders in the election race.