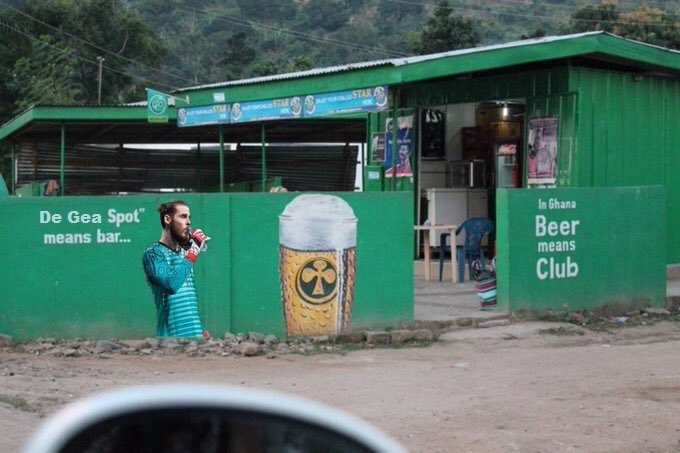 A man who operates a drinking spot at Apirede-Akuapem in the Okere District in Eastern Region has been shot dead in a misunderstanding over GHC5.

The victim, Yaw, was allegedly shot twice in the ribs and chest by suspect Kwame Dankwa, a farmer believe to be in his 30s on Thursday evening, Starr News reports.

The misunderstanding ensued between the two when the suspect attempted to retrieve his Ghc5 debt from the now deceased person.

In the process, the suspect rushed into his room, pulled a gun and allegedly shot the victim twice.

The suspect later reported himself to the Adukrom Police who arrested him and sent him to Akropong Divisional Police Command to assist investigation.

Police visited the scene of crime and after taking inventory conveyed the body to Tetteh Quashie Memorial Hospital where he was confirmed dead.

“Yes, the Police in Akropong have arrested suspect Kwame Dankwa who shot and killed one person whose name was given only as Yaw in a misunderstanding over Ghc5. He claimed the man called Yaw owes him GhSc5 so he went to the house ostensibly to collect his Ghc5. During the cause of the misunderstanding he shot Yaw who was rushed to Tetteh Quashie memorial hospital but died on arrival . The Akropong Police shortly after that visited the scene of the crime”.

He said the suspect is being prepared for court on the charge of murder .