Actress Yvonne Nelson who got the name “Yaa Asantewaa” after she led people to demonstrate against the erstwhile Mahama administration because of the “Dumsor” that was been faced by Ghanaians during that period.

Well, after enjoying lights after her demonstration Yvonne Nelson has taken a swipe at the sitting government if whether the low power shedding is back again since she experienced power outage the whole of Sunday, December 16, 2018, even though the Ministry of Energy some weeks ago that the country is never returning to the era of ‘Dumsor’. 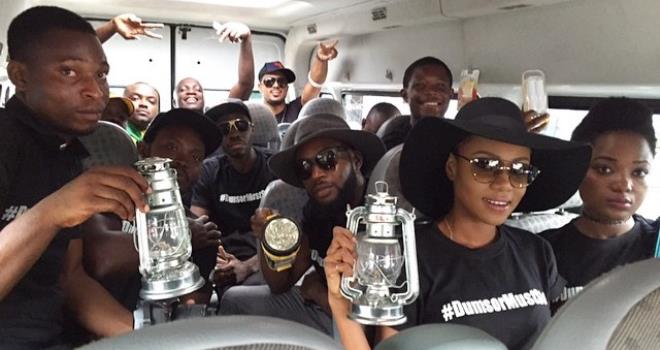 She tweeted: “Has #DUMSOR started??? Our light has been off the whole day!”.

Her tweet comes barely a fortnight after she complained that the country was hard to which she had other people also complaining as well.

It would be recalled that in May 2015, the award-winning actress and some Ghanaian celebrities, including Sarkodie, Yvonne Nelson, and DKB, held a vigil to put pressure on the government to find a solution to the current power crisis.

The vigil was a platform for, to register their frustrations with the power crisis popularly known as ‘Dumsor’.