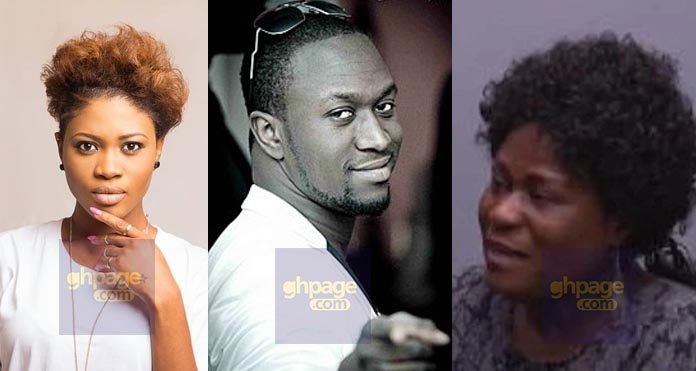 The Mother of Lynx Entertainment boss, Richie Mensah has spoken out for the first time on the issues surrounding the departure of their main artistes revealing that she wept for two weeks when her son’s former record label signee, Eazzy left the label.

“When Eazzy left, for two weeks I was always weeping. I wept because that was the time he (Richie) parked his car and shot a video for Eazzy. He GHC20,000 on that video and when he finished, she came and said she was leaving the video. Richie couldn’t tell me, he kept it for a long time before telling me. And when he told me, it was hell for me,” she said.

Mrs Mensah, together with her son, in an interview with JoyNews’ MzGee, narrated how Richie had to use his car as collateral for a loan to shoot Eazzy’s ‘Go Go Wind’ music video.

She added that even though she was heartbroken, she later understood that Eazzy left Lynx because she wanted to contest in the Big Brother Africa reality show.

“Eazzy came for a party once and I told her that she broke my heart and she said she was sorry. She wanted to go for Big Brother [Africa].”

READ THIS: The Ghana Movie Industry Is In A Coma – Amandzeba

When Mrs Mensah was asked how she dealt with musician Asem who also left Lynx Entertainment, the producer rather answered:

“I think Asem’s own didn’t really hurt mum that much because we saw it coming. He had started acting up before it happened; he raised his shoulders before he left.”

“Especially when he got the Glo money, he thought that was the end of the world,” Madam Alberta further added.

READ MORE: A Plus Lambasts Ameyaw Debrah And Goes Nasty On His Wife