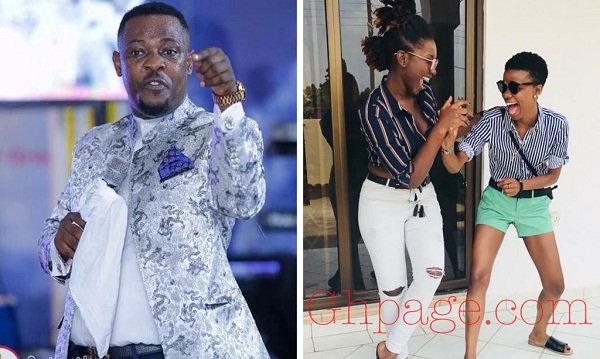 The leader of True Word Prophetic Fire Ministry (TWPFM), Prophet Nigel Gaisie has made startling revelations barely a day after Ghanaian Dancehall Queen, Ebony Reigns together with two others were killed in a gory motor accident on the Accra Sunyani road.

Ebony was returning to Accra after visiting her mother who had just returned from the United Kingdom to Sunyani. She collided with VIP Passenger bus that was traveling the opposite direction around 2 Am on Friday, 9th February 2018.

Ebony Reigns, Ebony’s friend as well as a military officer, Francis Astsu Vondee who were in the car died instantly. Only the driver survived and is responding to treatment at the Mankranso Hospital at the Ahafo Ano North District.

Just hours after her death went public, Prophet Nigel Gaisie became the topic on social media for predicting in November 2017 that Ebony Reigns will not survive past February 2018. He disclosed she will die in a gruesome motor accident.

The same was said about Kaakyire Kwame Appiah but according to him, Kaakyire visited him for directions and curtailed the death. Ebony did not!

SEE ALSO: Video of Ebony’s mother wailing and asking God for a miracle will break your heart

In an interview with Accra FM in hours after Ebony and her entourage died, Prophet Nigel Gaisie has revealed not only was Ebony achronic Lezbian, she was equally killed by her Auntie together with someone in the music industry connived and killed her spiritually.

According to the Prophet, God instructed him to caution Ebony Against Lezbianism but Ebony did not pay heed to him and the devil used that to tack her down with the help of the auntie and the music Industry player.

SEE ALSO: Photos: Atsu, the soldier who died with Ebony to be punished by the army for breaking rules

Already it’s being rumored the other lady who died with Ebony in the accident, Franky was Ebony’s lezbian partner.

WATCH THE VIDEO OF PROPHET NIGEL GAISIE SPEAKING BELOW

Share
Facebook
Twitter
WhatsApp
Previous articlePhotos: Atsu, the soldier who died with Ebony to be punished by the Army for breaking rules
Next articleVideo: How Ebony Reigns Reacted After Hearing About Her Death Prophecies