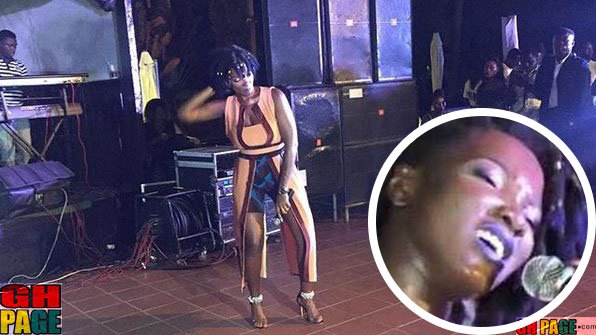 The maiden album launch was held at the Golden Tulip Hotel in Accra on Wednesday, December 6 with the support of many people in the entertainment industry.

The controversial artist on stage at the album launch did well to perform all the hit songs she has released since the start of 2015 to her successful year, 2017.

Including the hit songs that were performed on stage are Kupe, Sponsor, Date Ur Father, Poison, and Hustle as usual.

However, artists who performed alongside the 90’s bad girl to make the event a successful one are Efya, Kaakie, and Kurl Songx.

Also, celebrities like Captain Planet, KOD, Abeiku Santana, Lexis Bill, Giovanni and many others graced the occasion to make it a memorable one.

Information that has been gathered by Ghpage.com reveals that many Ghanaians hint on the female artist to be the artiste of the year for next year’s Ghana Music Awards concluding it from her works in the year under review – 2017.

The well-organized event was hosted by the ‘sakora’ artist Trigmatic.

Watch The Full Performance From Ebony below………..