Write Another Thesis On My New Song, (Maame Hw3) Since That’s What You Are Only Good At — Ebony To Manasseh Azure 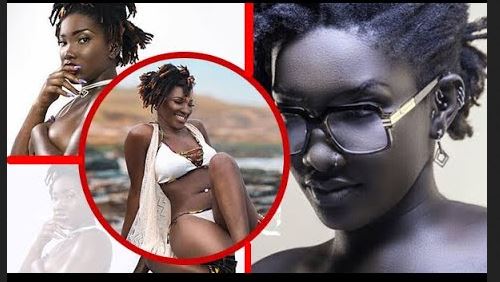 Menasseh Asure is one of the journalists who is noted in writing a thesis on every single trending issue in the country.

Manasseh wrote a long thesis and captioned it “Love Letter To Ebony” In the wake and heat of Ebony’s weird fashion brouhaha, which he was advising her to do something good to her style of dressing.

Ebony has however received backlashes when a photo of her showing part of her private part popped up after a performance.

The journalist added that  “talented musician with an awesome voice, as a result, she should focus more on her music than showcasing her precious assets to the public”.

“Dear Manasseh azure awuni, I have a new song out and is called maame hw3.

It’s a campaign song to STOP VIOLENCE AGAINST WOMEN.i am expecting another lengthy letter from you on this one, or you only write love letters to me when I have a wardrobe malfunction? pls, let me know. Its ur girl ebony reigns, the 90’s badgyal #maamehw3.”

Ebony’s latest song, “Maame hw3” which is a campaign song to fight violence against women and also caution young ladies on the dos and don’ts of relationships is currently the song making waves on all media outlets. 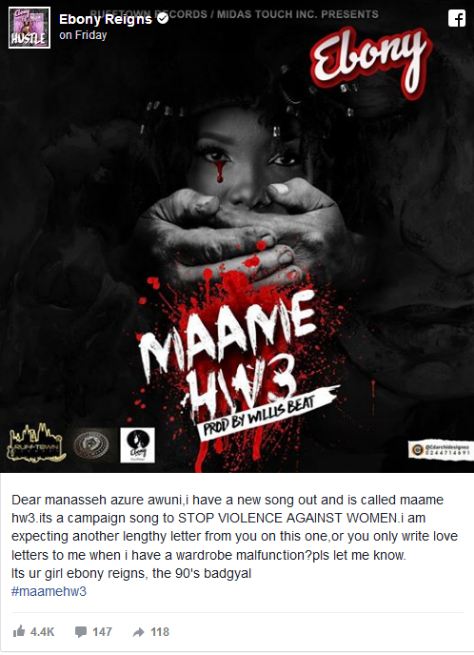 YOU MIGHT READ: I will rather advise Ebony Reigns privately than criticize her Publicly—Kojo Antwi

Nonsense! are you my mother-Funny face baby mama insults a troll over her kids