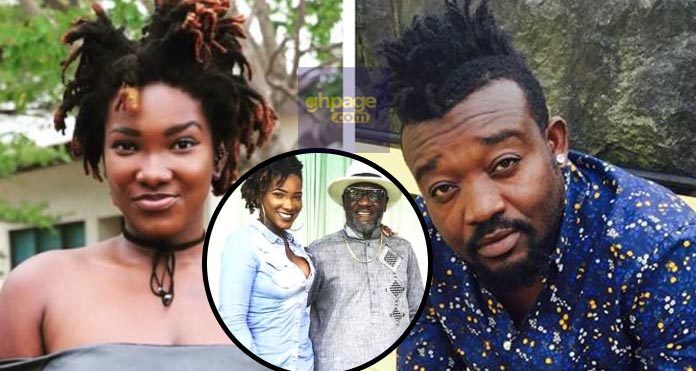 Father of the late dancehall queen Ebony, Nana Opoku Kwarteng, has been making some serious claims and allegation against her daughter’s music label.

In an interview with UTV has said that his daughter Ebony worked hard to win her own awards and not the management. Therefore, he is dedicating 40% of the awards to Ebony, while he gives the remaining 60% to her fans for supporting her even in death.

Also Read: Video: Ebony’s Dad Has Something Crucial To Say About Ebony’s Driver

Nana Opoku Kwarteng in dedicating the awards never acknowledged the role of the management of Ruff Town and Midas Touch Inc. played in his daughter career when she was alive.

Meanwhile, Bullet is on record for writing the majority of Ebony’s songs. This was revealed by Ebony herself during the launch of her Bonified Album somewhere in December last year. Which Nana Kwarterg has refuted saying Ebony was a very good songwriter and had about 20 songs before meeting Bullet.

According to Ebony’s father who seems unable to keep silent after the burial of his daughter, Bullet and his team should have restrained Ebony from embarking on that journey but they refused.

Meanwhile, Ebony’s assistant manager, Allen Kofi Anti, has revealed in an earlier interview that no matter how hard they tried, Ebony insisted on visiting the Northern Region on the Wednesday night of February 7, 2018, a day to her death.

Allen’s revelation points out that Ebony had actually visited the Northern Region and not the Brong Ahafo Region as the father has made everyone believe.