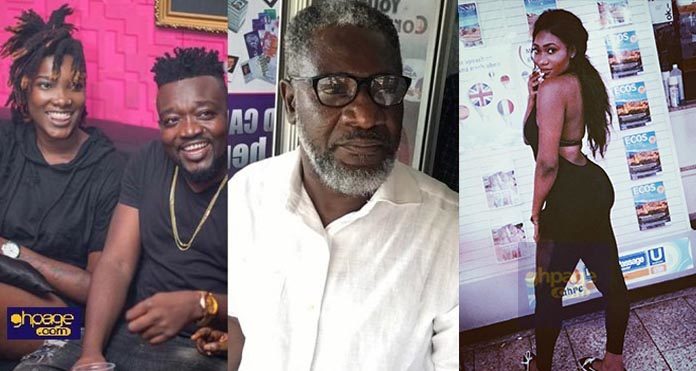 According to him, he was waiting for his daughter to be buried so that he could say whatever that was in his throat.

READ ALSO: Video: Afia Schwar Finally Exposes The Guy Who Was Sleeping With Her In Her Famous S£X Tape

Known as Wendy Shay, Bullet released a couple of photos of their new recruit via social media and called on Ghanaians to watch out for her and inevitably, people started making comparisons to the late Ebony Reigns.

During the 2018 Ghana Music Awards Nana Poku Kwarteng, father of late Ghanaian artiste, Ebony has argued that Bullet, her former manager, was too quick in replacing her.

Speaking with Prince Tsegah on HITZ FM, he stated that it was too early for Bullet to introduce his new artists to the world on the 2018 Ghana Music Awards stage.

So far, Nana Poku Kwarteng has made 4 damning allegations and confession against Bullet about her daughter’s life regarding her music career. Read the full story here…