Efia Odo explains how she proposed to her ex-boyfriend 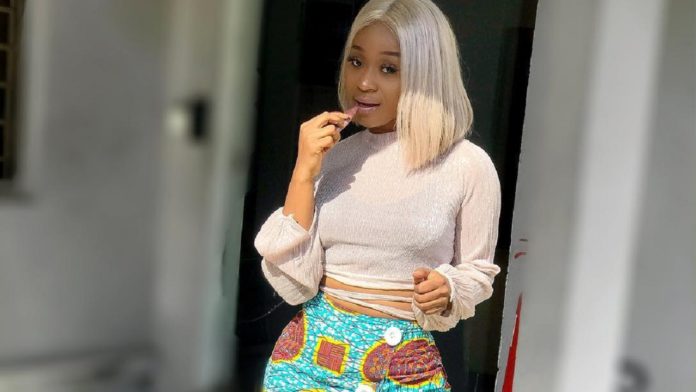 Ghanaian actress and television personality Andrea Owusu popularly known as Efia Odo has revealed how she made the first move on her ex-boyfriend.

According to the actress, she sees nothing wrong in expressing her feelings to a man she likes.

The actress and media personality also added that she always goes in for what she wants and is never bothered about what people think about her.

Efia Odo revealed that she was the one who approached her ex-boyfriend Kweku Revloe when they met at a friend’s birthday party.

“I met him through my friend, I met him one or two times before but didn’t exchange words. A friend celebrated her birthday and we met again at Signature and then we were chilling, and he came around, so I took the opportunity to propose to him.

I don’t see anything wrong with proposing to a man you find attractive, he is a nice guy and I had to tell him how I feel. The feeling was also mutual”, Efia Odo disclosed.

Efia Odo’s relationship with Kweku Reveloe ended after the latter dumped her for reasons best known to him.

According to Efia Odo, she apologized to her ex-boyfriend several times but it fell on deaf eyes and the relationship ended.