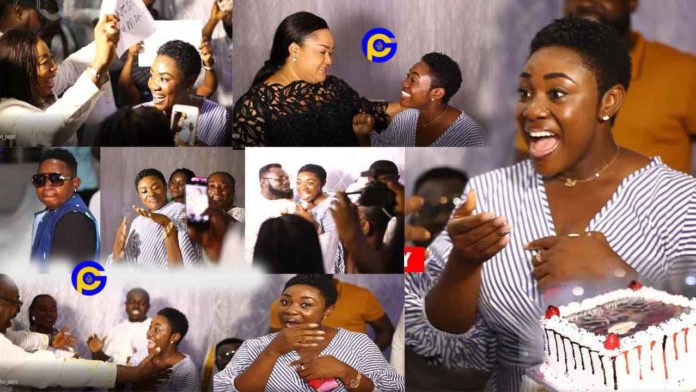 Popular Ghanaian actress and television presenter, Emelia Brobbey celebrated her birthday yesterday 6th January 2019 and indeed she had the time of her life.

A surprise birthday party was organised by the Kumawood stars and Emelia Brobbey had the shock of her life when she arrived at the venue.

The “Fa Me Kor” hitmaker could not hold her tears as she expressed appreciation to her colleagues, family and friends.

Amid tears, the actress turned musician expressed appreciation to all the Kumawood celebrities present and to all those who played a role in the surprise party.

In reacting to this, Emelia explained that she is not perturbed about the criticisms but will work on her flaws.