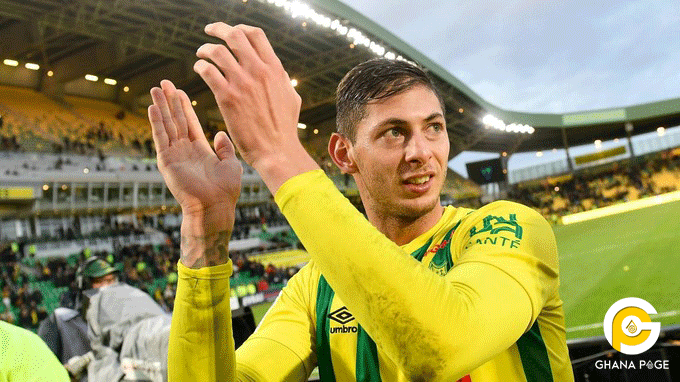 Argentine footballer and forward Emiliano Raúl Sala Taffarel and his pilot had been exposed to harmful levels of carbon monoxide in the cockpit of their private plane when it crashed into the English Channel, it was revealed today.

The 28-year-old Argentine striker was killed on January 21 when a plane carrying him crashed two days after he had signed a £15million transfer to Cardiff City from French club Nantes.

The UK Air Accidents Investigation Branch revealed that both him and pilot David Ibbotson, 59, whose body has not yet been found, had been exposed to harmful levels of carbon monoxide.

After a major search, Sala’s body was found and taken to Dorset’s Portland Port on February 7.
An inquest later that month in Bournemouth stated he died of severe head and upper body injuries.

Daniel Machover, the lawyer for the Sala family, said today that, “That dangerously high levels of Carbon monoxide have been found in Emiliano’s body raises many questions for the family.”

“How he died will be determined at the inquest in due course. The family believes that a detailed technical examination of the plane is necessary”, he added.

He further explained that “The family and the public need to know how the carbon monoxide was able to enter the cabin. Future air safety rests on knowing as much as possible on this issue”.

An interim report by the Farnborough-based AAIB revealed Mr. Ibbotson did not have a license for commercial flights.

An official report previously stated that the plane involved in the crash fell thousands of feet in just 24 seconds before crashing into the sea and splitting into three parts.

The aircraft took off at 7.15pm GMT on January 21 and flew on its planned route at an altitude of 5,500 feet until it was just south of Guernsey at 8.02pm.

At that point, Mr. Ibbotson descended to fly at 5,000 feet to maintain visibility.

The last radio communication received from the aircraft was at 8.12pm when the pilot asked for and was granted permission to reduce altitude again.

But at 8.16pm, while performing a right turn, the aircraft descended rapidly and crashed into the sea.

The wreckage was found on the seabed, 30 meters from where final radar readings located it.

The mangled wreck, which was found in three parts, was held together by electrical and flying control cables.

In the days following the accident, two-seat cushions, an armrest and possible parts from the fuselage washed up along the coast of the Cotentin Peninsula in France.

A seat cushion also washed up in Bonne Nuit Bay on the north coast of Jersey.