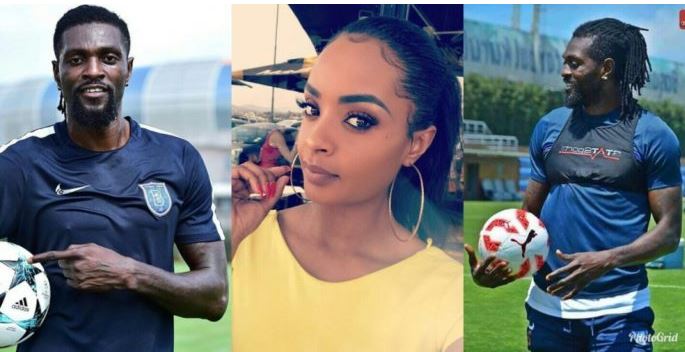 READ ALSO: Lydia Forson explains how she was s3xually abused by a producer when she started acting

Emmanuel Adebayor who plays as a forward for Turkish club has been in a hidden relationship with the Namibian lady for some time but their relationship has finally been uncovered through posts they made on social media.

Dillish Mathews visiting the football star in Turkey recently shared an uncaptioned photo of herself via Instagram.

However, Adebayor with a forgetting mind also shared a photo of his and her Balenciaga shoes with both of them sitting in the same car on Snapchat and that was the end of their secret relationship open.

Well, the Namibian butterfly, Dillish Mathews’ encountered a life breakthrough when she was crowned the winner of the Big Brother Africa competition in 2013 edition.

Being the winner of the big competition made her $300,000 richer and in addition turned her into a celebrity of sorts in her country and Africa.

In a spotted online chat with Sunday Scoop, Dillish disclosed that she has completely finished all the cash prize she won at the Big Brother African Competition.

“I have finished spending the money I won at Big Brother. I made some investments and I also travelled round the world. However, it’s been fun because I enjoyed myself and also learnt how to be more business-minded.” she stated.

When rumors brought out that Dillish was enjoying a good and luxurious lifestyle with no hardships, she revealed that she has really faced a lot of difficult times.

READ ALSO: Shatta Michy Throw Shots At The Fans Of Every Ghanaian Artiste, Tells Them To Receive Sense

“I have been faced with rejection, heartaches, disappointments, betrayals and pain, but I made a decision to rise above it all and go in pursuit of my dreams. Nobody initially wanted to give me a chance, so I had to prove that I had something to offer by being consistent and hard-working. There are a lot of projects I’m working on and they would be coming to light soon.” she revealed.

Reports have it that Adebayor has a young daughter while Dillish is known to have no child for now.

READ ALSO: Who Says Money Is Not Sweet!: Check Out Adebayor’s Fleet Of Cars And How Much Each Cost 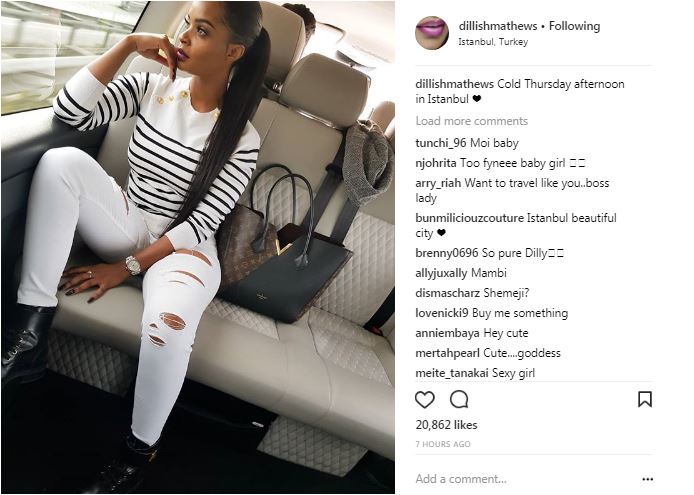 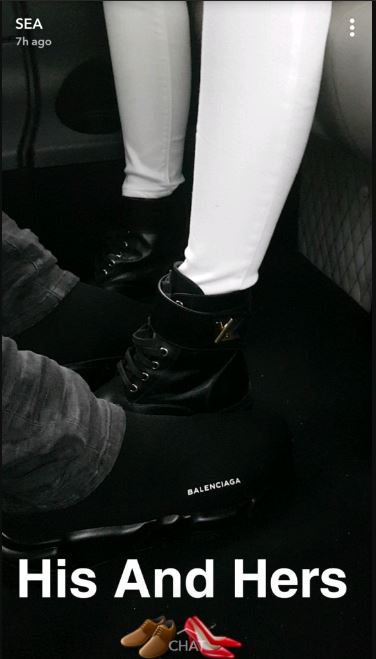